It has been awhile since I recapped a debate. Mostly because of that pesky drinking rule that came with “9-9-9”, but since it was only invoked two or three times tonight, I am still sober enough to present to my twelve loyal readers a recap of the debate @GaltsGirl style! If you are interested in what people other than myself think about the debate, (unlikely, I know) you can search the twitter timeline for the finally settled on hashtag #IowaDebate or check out @VodkaPundit’s ever entertaining live drunk blog of the whole mess here.

Without further delay, some of my favs from the night:

Paul on Jobs: Know why we have a recession, and yanno…correct and don’t repeat. Bubble, bubble, toil and trouble!

Santorum on jobs: I campaigned EVERYWHERE in Iowa. There are no jobs… I double checked

Newt Rebuttal to Romney: You lost to Kennedy in ’94. So you had to get a real job. #FACT.

Bachmann: Im 55 and a Constitutional Conservative ( nevermind me getting into your bedroom and marriage! )

Bachmann: Newt wanted Obamacare before Obama did. Romney did Obamacare! Newt / Romney are our problem **Kudos here to Bachmann for creating the fastest meme in history

( there was some #debatepillowtalk in my timeline here… also, I think I poured drink #4 about then)

Romney: I’m not Newt! But I play him on the campaign trail!

Romney to Perry: You’re kinda right, except where you aren’t. Obamacare is FAR worse than Romneycare! So there!

Ron Paul: I take my oath(s) very seriously. Seriously enough that I sometimes end up voting by myself. Jerks

Gingrich: Yep, Ive made mistakes, and I go to God for forgiveness. So there. **This was on the fidelity question. Smart play by Newt, because … who is gonna argue with God?

Dear Ron Paul: Mitt Romney just expressed your FP in 30 seconds… please, tell me you took notes! ** To recap here.. I agree’d with Mitt!!! The stance on standing by our allies but not speaking for them was pretty gutsy by Mitt.. even if Paul has been saying it since the wheel was invented.

Romney: “States can do whatever the heck that they want to do.” *** Yes, that is an actual quote. Which rocked.. then he started talking about RomneyCare and I kinda zoned out a little.

And then, somehow, ABC decided that a debate should be a love-fest and tried to make each of the candidates say something nice about the other candidates. Ron Paul got lots of love.. and then Bachmann trotted out the 9-9-9 one final time. It was all really kinda of gross and not informative. I also may have gotten my last drink at some point here.

ABC commentators called Newt as the winner almost immediately. I’m not 100% sure I agree. Santorum did pretty well here ( it is, after all, time for his 15 minutes and I am doing my part) and Romney scored some points with me on his foreign policy statements. Ron Paul got the most applause, as usual. His people where there. Of course!

Michelle Ray is the host of In Deep on CDN Radio, Social Media Director for Conservative Daily News, and can be found on Twitter as @GaltsGirl 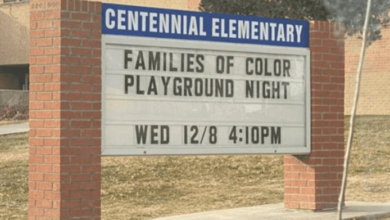 “The Virus Stops With Every Vaccinated Person:” Eight Quotes From The ‘Experts’ That Aged Horribly