I read an article last night about a woman who threw cupcakes at her husband and was arrested and charged with domestic battery.
Yes.
Cupcake BATTERy.
You can read about the couple from Chicago at this link:
https://www.foxnews.com/us/2011/10/17/chicago-woman-charged-with-assault-after-pelting-husband-with-cupcakes/

Afterwards, tell me if you want to laugh.
You know you do.
But Cupcake Assault is no laughing matter, my friends.
(as I laugh)

From the article:
“Arturo Montesdeoca said he was “in fear” of his wife and he wanted her arrested after police arrived at his home and found his head and shirt smeared with cupcake icing and crumbs.”

I personally think she deserved a bit of mercy.
First of all, no one has made any reference to what it was the husband did or said to deserve the painful pastry pelting.

And look at her age – mentioned in the article.
Sixty.
Has no one taken into consideration that she may be going through “The Change” ???

Hormones do weird things to a person…

Perhaps she had a hysterectomy this summer and is dealing with the emotional ups and downs from hormonal imbalance.
I – for one – was like PMS on crack (at times) during my pregnancies.
It’s hard to admit it, but it’s true.

That maternal “glow” is glorified in poems and paintings, but all fathers know too well, that it is actually the tell-tale sign of a temper that rivals molten lava that is spewed from a volcano’s mouth.

Ask any man who’s endured it.

You know, I wondered…when the cupcakes started flying, could hubby NOT walk out the door? Of course, in his defense, perhaps she is a habitual baker/thrower and this has gone on for years.

Perhaps her biscuits are as solid as rocks and her cakes as heavy as boulders.
(picturing a miniature catapult in the house now….)
She may even throw pies when they are still hot.
If so, this type of “intervention” may be just what she needs to break such a nasty habit.

Think of all the perfectly good chocolate possibly being wasted as a result of her temperamental actions! I assure you, good readers, this is a crime!

I also pondered:
Did the Judge ask themselves, “WWJJD? (What Would Judge Judy Do?)”

I think Judge Judy would have ordered her to refrain from purchasing baking supplies, stay away from Gordon Food Service, and to keep out of Kitchen themed stores at shopping malls.
Surely, if a man committed assault with a gun, he would be forbidden from having one.

The judge should have confiscated her stove instead of electronically monitoring her; and that was another thing that got my mind to thinkin’…

Is there a collar or ankle bracelet on her that gives her a shock every time she picks up a baking tin, spatula, or a can of frosting?

They should have just confiscated her oven and given her one of those little Easy Bake Ovens that produces miniature confections for children to play with.
They only make one treat at a time, and they are very small.
Problem Solved!
Her husband would then feel safe for the rest of their marriage.

Yes, I definitely think that is what Judge Judy would have done. 😉

Support Conservative Daily News with a small donation via Paypal or credit card that will go towards supporting the news and commentary you've come to appreciate.
Tags
Humor/Satire 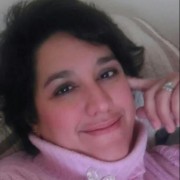