Following the New Hampshire GOP debate, Ann Coulter wrote the following in a Townhall article in response to an answer by Ron Paul that the government should not be involved in marriage:

“Most libertarians are cowering frauds too afraid to upset anyone to take a stand on some of the most important cultural issues of our time. So they dodge the tough questions when it suits their purposes by pretending to be Randian purists, but are perfectly comfortable issuing politically expedient answers when it comes to the taxpayers’ obligations under Medicare and Social Security.”

I am going to start by giving her props for remembering to use the word “most” in her statement so that she could cover her you know what, when she gets publicly called out for being a hypocritical, book pushing sensationalist.. which I am about to do.

Since Ann conveniently forgets to mention the rest of the answer given in the debate, let me fill you in. Ron Paul suggests that marriage should be an issue addressed by State governments, and by the Church. Ann equates all Libertarians with Objectivists (that was the word you were looking for, Ann. Your audience is smart enough to figure out how to Google if they don’t know it), and calls them cowering frauds when it comes to taking a stand on social issues.

I, personally, have a thing for supporting the Tenth Amendment in this country. I also have a thing for the rest of the Constitution. Call me a cowering fraud, but I spend an awful lot of time reminding liberals that they have no right to tell me how to live my life, or how to spend my money. That fact doesn’t change because I don’t like someone else’s decisions. We [Conservatives] have managed to come together from across the entire spectrum of fiscal to social conservatism, to recognize that the Constitution entitles us to make those decisions for ourselves, without the consent of some faceless government entity’s stamp of approval.

Coulter would agree, except where she wouldn’t. According to her, the States and Church are incapable of handling marriage all on their own. They would make terrible decisions that went against Coulter’s definition of morality and that would allow private handling of things like adoption, insurance, inheritance! How can we survive as a country if such things were allowed? She suggests that Libertarians would put an end to “official” marriage. I don’t know about you, but last time I checked, a marriage license was a revenue generating piece of pain in the butt, and marriage was sanctioned by love and God. (By the way, a decidedly Un-Objectivist point of view)

Imagine, allowing marriage to be taken out of the hands of the federal government, completely ignored by the federal lawmakers of this country, and completely handled as an institution of the Church. Why, that would be…. Demonic!

Michelle Ray is the host of In Deep on CDN Radio, Social Media Director for Conservative Daily News, and can be found on Twitter as @GaltsGirl 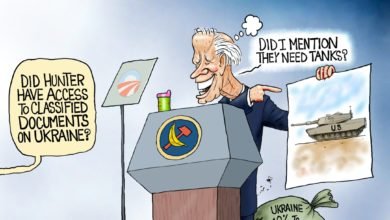