U.S. Immigration and Customs Enforcement (ICE) is set to run out of funding as the southern border continues to be overwhelmed by migrants making illegal crossings, according to Axios.

If the Department of Homeland Security (DHS) doesn’t step in, the agency could run out of money before October, Axios reported, citing three sources familiar with the situation. To solve the issue, DHS would have to pull funding from other organizations and allocate it to ICE.

“Instead of seeking enforcement resources, the Biden administration is putting more money into so-called Alternatives to Detention, but more specifically into what they call ‘case management’ and ‘wraparound services’ which means endless taxpayer handouts for illegal aliens,” former ICE Chief of Staff Jon Feere told the Daily Caller News Foundation.

“The plan is to give millions of taxpayer dollars to activist groups who will provide social services to illegal aliens, ranging from helping them obtain attorneys, find employment, to providing mental health care,” Feere said.

ICE limited enforcement in February 2021 to the greatest threats to national security, public safety and border security. The enforcement limits were lifted by June court ruling, according CBS News.

An expected $100 million is expected to be pulled from the U.S. Coast Guard’s budget, while another $80 million will be allocated from existing ICE funding, according to Axios.

“There’s no money for this, so the Biden administration is transferring taxpayer dollars from other parts of DHS like the U.S. Coast Guard and FEMA. Biden’s political appointees are transforming ICE from a law enforcement agency into a social services agency without Congress’s permission,” Feere explained.

“ICE does need a significant increase in enforcement resources commensurate with Biden’s influx of illegal immigration, and Congress must fund thousands more officers and detention beds, for starters. The immigration courts will inevitably determine that many of these asylum claims are phony, and ICE simply doesn’t have the resources to carry out the forthcoming court ordered removals,” Feere said.

Since Biden took office, nearly 3 million migrants have streamed across the southern border, according to U.S. Customs and Border Protection (CBP) statistics. And, in May, the 239,416 migrants CBP encountered at the southern border set a DHS record.

“ICE didn’t have enough resources even before Biden opened the borders. It takes time to hire and train new ICE officers, and the new Congress will need to get that going as quickly as possible,” Feere said.

ICE, DHS and the leading Democrat and Republican members on the House subcommittee on homeland security appropriations didn’t respond to the DCNF’s requests for comment. 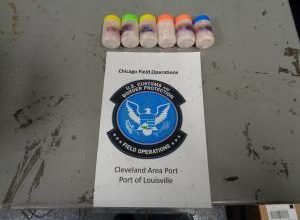