One of the nation’s largest research universities that has contracts with the U.S. government has failed to report millions in funding from Russia and Qatar in possible violation of federal law, rearcher Neetu Arnold wrote in The Wall Street Journal on Friday.

A U.S. Department of Education investigation into universities’ compliance with Section 117 of the 1965 Higher Education Act, which mandates that U.S. higher education institutions disclose foreign funding above a certain amount, discovered $6.5 billion in previously unreported gifts from entities in China, Russia and Qatar at 12 major institutions, including Texas A&M University, in 2019. Texas A&M continued to not report over $100 million in foreign funding after the investigation closed, according to Arnold, who is a senior research associate with the National Association of Scholars.

University officials often signed these contracts as well. Here’s one instance where a Texas A&M-Qatar seal was used in a deal for TEES pic.twitter.com/r5GcT1XW1H

The unreported funding came mostly from Qatar and Russia to support the Texas A&M Engineering Experiment Station (TEES), Arnold claims. TEES is a branch of Texas A&M’s College Station campus that pursues technological advancements in cybersecurity, hypersonics, robotics and more, and has a partnership with Los Alamos National Laboratory, according to the TEES website.

The Skolkovo Institute of Science and Technology, a Russian research university, gave TEES $4 million in 2014 before sanctions imposed against Russian entities following the 2014 annexation of the Crimea forced the two parties to cancel the deal, Arnold found. TEES also signed eight contracts with the Qatar National Research Fund, worth nearly $100 million, to develop technical solutions for oil recovery and cybersecurity issues.

These contracts do not appear in the Education Department’s College Foreign Gift and Contract Report database, Arnold told The Daily Caller News Foundation in an email.

TEES is “not an intermediary and does not act on behalf of Texas A&M University,” making it exempt from the Section 117 reporting requirements, a TEES spokesperson told Arnold. Texas A&M lists TEES as a “University-affiliated agency.”

When a lawyer filed a Freedom of Information Act request for Texas A&M gift records after the Department of Education released the 2019 report, Texas A&M refused to provide a public record. Instead, the school had the Qatari government stonewall legal attempts to obtain records.

“Texas A&M University’s reporting may not fully capture all covered gifts, contracts, and/or restricted or conditional gifts or contracts, from or with all foreign sources,” the Department wrote in a letter to Texas A&M former President Michael K. Young in 2019. The letter expressed concern over unreported funding from Qatari and Chinese entities, but did not mention gifts from Russia-backed organizations.

TEES and Texas A&M did not immediately respond to TheDCNF’s requests for comment. 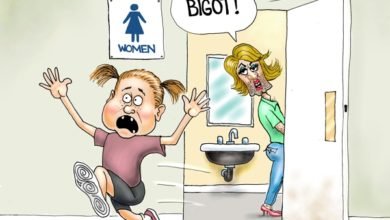 After Being Outed, China’s US College Infiltration Operation Just Changed Its Name