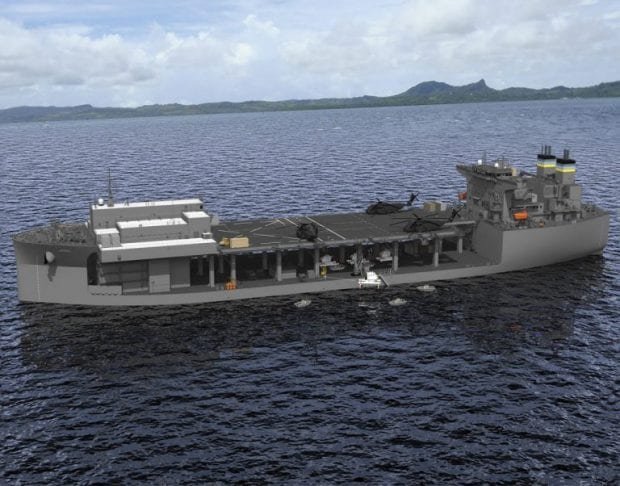 In a time-honored Navy tradition, the ship’s sponsor, Ms. Patricia Sargent, daughter of Sgt. Maj. Canley, will christen the ship by breaking a bottle of sparkling wine across the bow.

The ship is named for Medal of Honor recipient, retired Sgt. Maj. John L. Canley. Canley, who served in the Marine Corps for 28 years, was awarded the nation’s highest honor 50 years after his actions while serving as Company Gunnery Sergeant, Company A, First Battalion, First Marine Division in the Republic of Vietnam during the Battle of Hue City. Initially awarded the Navy Cross for his actions, his award was upgraded to the Medal of Honor in 2018. Canley passed away on May 11, 2022.

“Tomorrow we christen the future USS John L. Canley, recognizing a pioneer in the Marine Corps and a devoted patriot, who earned our nation’s highest honor for his gallant actions in the Battle of Hue City,” said Secretary of the Navy Carlos Del Toro. “Sgt. Maj. Canley is an example to the men and women who will proudly serve aboard this ship and he will be remembered every day ESB 6 operates.”

ESBs are highly flexible platforms used across a broad range of military operations, supporting multiple operational phases and directly contributing to American prosperity and security abroad. Acting as a mobile sea base, they are a part of the critical access infrastructure that supports the deployment of forces and supplies to provide prepositioned equipment and sustainment with adaptable distribution capability.