Val Verde County Sheriff Joe Frank Martinez told the Daily Caller News Foundation that while illegal border crossings are slowing down in his county, it could be the “the calm before the storm.”

His remarks come amid reporting the Biden administration is poised to end a key border rule called Title 42.

Martinez, whose county is about 200 miles from San Antonio, said he believes there are many migrants waiting in Acuna, Mexico, for the public health order used to quickly expel migrants to end before they cross into the Del Rio sector. “It’s the calm before the storm,” he said of the order that could expire as early as Wednesday, CBS News reported.

Title 42 was put in place by the Trump administration in March 2020 to slow the spread of COVID-19. It has resulted in the expulsion of over 1.7 million migrants, according to Customs and Border Protection (CBP). The Biden administration is expected to announce this week that it will end the measure, effective in May, The New York Times reported.

“In my opinion … I think that those numbers will increase, especially from El Salvador, Guatemala, and Honduras because … they’ll be given, from what I’m hearing, a notice to appear if things don’t change between now and then or title 42 goes away … I think that’s the hope, that everybody’s keeping their fingers crossed that there’s an extension, but there’s not a very good likelihood of that happening,” Martinez said.

“So right now, you’re in Acuna, why risk, over the next two days, why risk getting caught and getting sent back?,” he added. 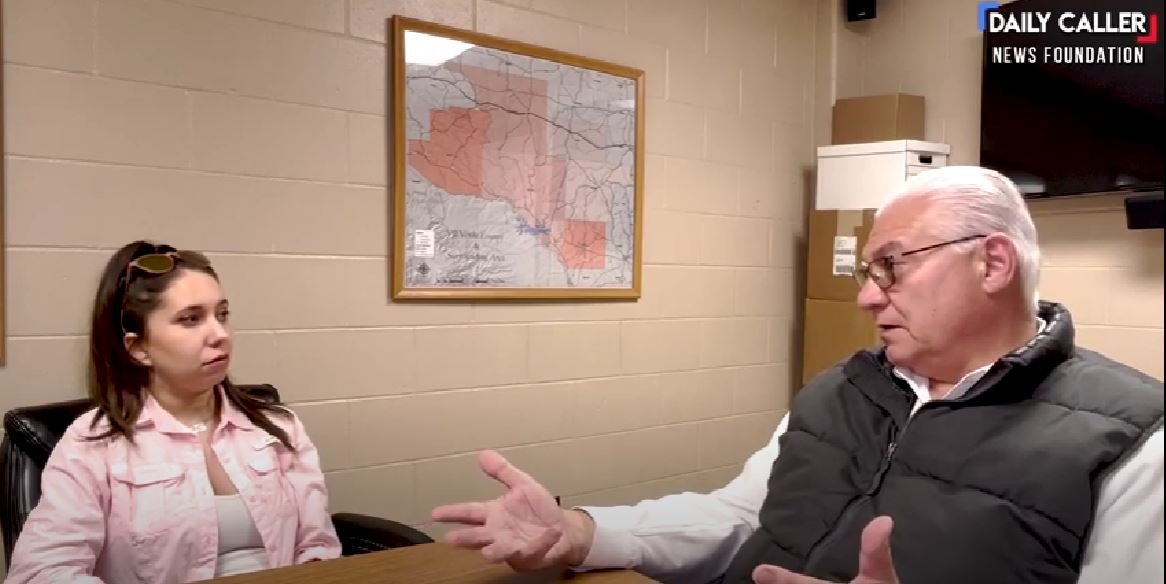 Martinez told the DCNF that around March 19-22 Border Patrol in Del Rio, Texas, was holding around 900 migrants each day, the vast majority of which were processed and released.

In Del Rio on Tuesday, however, things were slowing down, with border authorities apprehending around 100 to 125 migrants, most of which were sent back under Title 42, Martinez said.

“So it’s been slow, unusually slow,” he explained. “And I know that in Ciudad Acuna, Mexico … there are large numbers of people that are there from different countries. In the last couple of weeks, we’ve made some apprehensions here … visiting with our federal partners and Border Patrol, from 52 different countries.”

In Cochise County, Arizona, Sheriff Mark Dannels fears that local law enforcement will be dealing with a migrant surge if Title 42 ends soon.

“My concern is great as Title 42 appears to be coming to an end,” Dannels told the DCNF. “The most frustrating thought I share is the impact on border communities and beyond, but once again, this administration refuses to involve local leadership in their decisions, even though we as local leaders will be addressing their decisions.”

Dannels also said he worries that his county will continue to face consequences of the Biden administration’s “failed” border policies.

“This intellectual avoidance continues on the back of communities while this administration’s leaders and press secretaries share the comfort words to the American people,” Dannels said.

“My county continues to be negatively impacted by this administration’s current failed policies proven by the convincing ‘non’-political statistics both at a local level and by CBP,” he continued. “At the end of the day, it begins in communities and ends in communities!”