A parents group has filed complaints with the Department of Education’s Office of Civil Rights, claiming that two schools are discriminating against students on the basis of race.

Centennial Elementary School reportedly set aside one night a month for “a ‘Families of Color Playground Night,’” according to the complaint filed by PDE. The parents group noted the event was offered in October, November and December 2021. 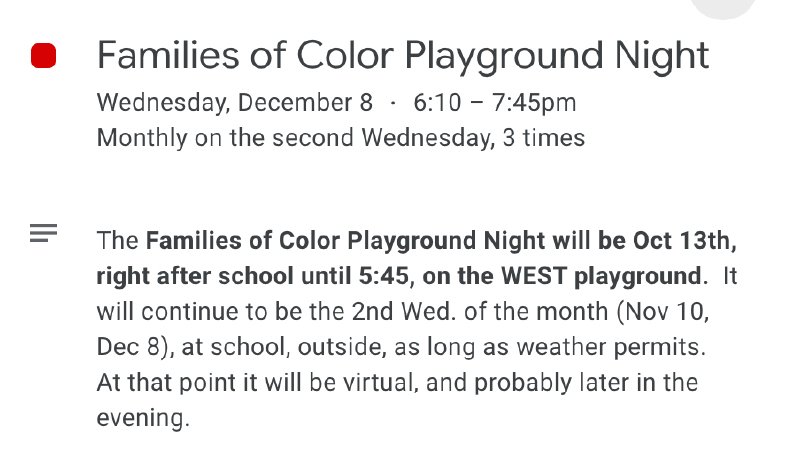 “The Centennial Elementary School is the latest in a string of schools across the country treating and separating students on the basis of race. This practice is both immoral and unconstitutional,” PDE President Nicole Neily said in a statement released by the group. “Although the ‘families of color playground night’ gained attention this week, we discovered that this program – which is run by the school’s ‘dean of culture’ – has been going on since October,” .

Denver Public Schools did not respond to the Daily Caller News Foundation’s request for comment about the playground night and the complaint filed by PDE.

PDE claimed that a proposed field trip sponsored by the career center at Downer’s Grove South High School violated civil rights laws because it was labeled a “Students of Color Field Trip Opportunity,” in the second complaint,

The field trip involved going to a middle school to observe a teacher and to participate in a question-and-answer session according to the flyer.

“We have not received a federal complaint; however, we are aware that there are some concerns,” Dr. Hank Thiele, superintendent of Community School District 99, which includes Downer’s Grove South High School, told the Daily Caller News Foundation. “A trip is being planned as one of the many career exploration opportunities for our students. This particular field trip is providing the opportunity for all students, including students of color, to be partnered with a group of teachers.” 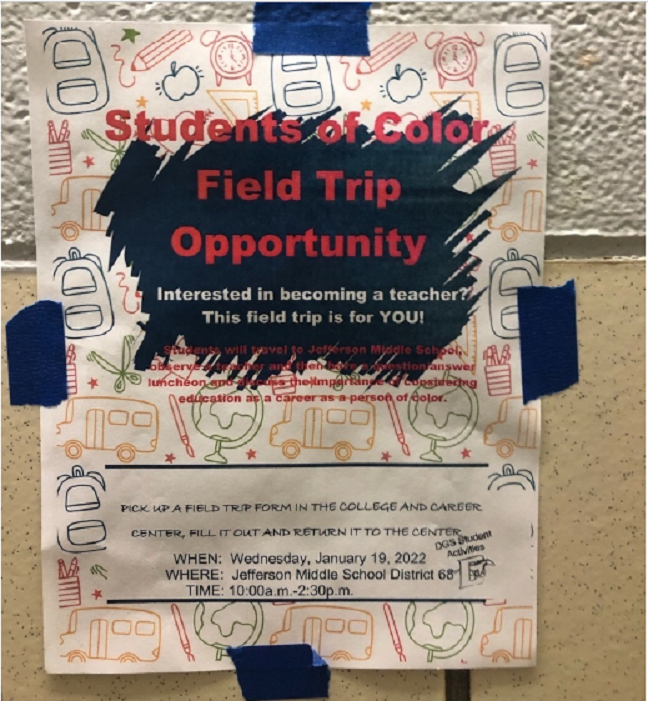 “This flier was created by a new staff member and the filer was immediately removed when we recognized that it could be misinterpreted that the field trip was not open to all students. The recirculation of the former flier online has caused confusion and misinformation,” Thiele told the DCNF in an email. “We created a new flier that more clearly communicates that students of all backgrounds are invited to consider the opportunity,”

When provided with a copy of PDE’s complaint, Thiele told the DCNF, “I have nothing further to add.”

After being asked to provide a copy of the new flyer, he told the DCNF that it was in development and “won’t be completed and posted until after” the holiday break.