America, once a nation of laws, is fast becoming a lawless country. Consider recent headlines. Darrell Brooks Jr., who should have been in jail, plowed his speeding SUV into a Christmas parade, killing six and injuring 61 celebrants, including grandmothers, mothers and their children. Well before Brooks weaponized his SUV to perpetrate a massacre, he already had a long record of violent criminal behavior. Nevertheless, progressive officials set him free with minimal bond on the streets of Waukesha, Wisconsin, to kill and maim innocent Americans.

In California, New York, Illinois and Minnesota, four of the most progressive states in the U.S., criminal gangs have been targeting high-end retail outlets for blatant smash-and-grab burglaries. Looters smash glass doors and windows of retail establishments, threaten employees, take what they want and flee with their loot. These criminal mobs have little to fear from law enforcement. The places they target are in states and municipalities governed by progressive politicians who insist on defunding the police, releasing suspects without bail and allowing violent felons out of prison years before their sentences are served.

The rapidly deteriorating state of law and order has people asking, “What is happening to our country?” The answer is simple: We are all reaping what progressives have sewn by devaluing human life. A tragic consequence of the devaluation of human life is the culture of death now pervading American society. When our political leaders legalize the murder of innocent, unborn children, should anyone really be surprised when murder becomes mundane?

American citizens who try to defend themselves and their property from violent looters, arsonists and criminals are immediately labeled “white supremacists,” “vigilantes” or worse by the media. That’s what happened to Mark and Patricia McCloskey in St. Louis last June when they defended their lives and home from a mob.

An even more egregious example is the case of young Kyle Rittenhouse following his acquittal for defending himself against violent lawbreakers trying to kill him. The three people he shot in self-defense were white, yet the mainstream media labeled him a “white supremacist.”

Writing for the Washington Post, Kathleen Parker recently decried a rising tide of “vigilante justice” and asked, “When did we start permitting Americans to take the law into their own hands?”

This inane question indicates how out of touch American leftists really are. We forewarn of this response to lawlessness in our new book, “Tragic Consequences: The Price America is Paying for Rejecting God,” scheduled for release in March 2022. We also describe the tragic consequences when people no longer revere the sanctity of human life: inter alia, mass shootings, violent mobs, killing children, road rage, rampant substance abuse, skyrocketing teen suicide.

Herewith, questions for Parker and her progressive followers: When public officials, elected to protect us, fail to do so and instead side with criminals, when they defund law enforcement, and when prosecutors release criminals to prey on us, what do you expect law-abiding citizens to do?

For Brooks, this query has an easy answer: Lock him up!

What then is the response to last week’s tragic shooting at Oxford High School in Michigan, where a 15-year-old killed four schoolmates and wounded seven before being taken into custody?

The killer, his parents and perhaps some school officials will be held accountable. But the greater question is, why are children killing children? Democrats are sure to blame the firearm and the Second Amendment. But the real problem is the absence of respect for the sanctity of human life — and the progressive culture of death. 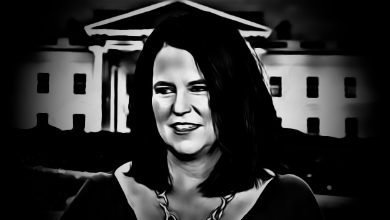 Time to Slay the ‘Privilege’ Dragon 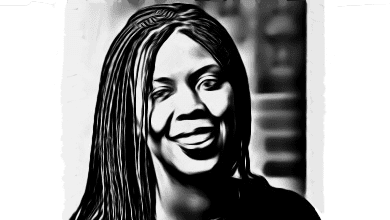