Here’s a depressing thought. The three people most likely to appear at the top of the November ballot in 2024 are President Joe Biden, Vice President Kamala Harris and former President Donald Trump.

If Biden, who turns 80 next year, declines to run for a second term, the net contest could be 2016 all over again, when many voters had to choose between two unlikable nominees, Trump and Hillary Clinton.

On paper, Harris, 57, looks better than in person. A former district attorney, state attorney general and U.S. senator — Harris’ resume would impress even if she wasn’t the first woman of color to hold those positions. She won every election in which she ran, until she ran for president in the 2020 election. What plays in Marin County, California, doesn’t necessarily win in Iowa.

(Harris became the first Democrat to drop out of the primary when the RealClearPolitics polling average put her in sixth place with 3% support.)

“She’s a very weak general election candidate,” California Republican strategist Kevin Spillane told me, and she has been very “lucky” in the weak opposition she faced as a candidate in California, where winning the Democratic primary usually means winning the race.

Spillane should know. He worked for Los Angeles District Attorney Steve Cooley, who narrowly lost to Harris in the California attorney general race in 2010, when Democrats for all other statewide offices won by double digits.

This season’s big year-end political story is about staff turnover and turmoil in Kamalaland. The Washington Post reported on her “dysfunctional” staff. Big guns have resigned.

Former Harris aide Gil Duran wrote in the San Francisco Examiner that the veep’s staff is bailing for the same reason he did after working for Harris for five months in 2013 — tantrums, turmoil, poor management and lack of discipline.

“She’s not well liked by the majority of people that had to interact with her on the Homeland Security Committee,” an unnamed department official told Dan Morain, author of “Kamala’s Way: An American Life.” The same source said that four Department of Homeland Security officials who were ready to support Biden publicly in 2020 backed off after they found out Harris would be the running mate. “For them,” quoth the source, “it seemed like she was always about politics, and not about the mission.”

In short, Harris comes across as phony.

Or as Spillane put it, “She doesn’t connect with people.” And not just because of the phony laugh.

When Harris ran for San Francisco district attorney in 2003, she pledged not to seek the death penalty because of her personal opposition to it. When a gang member shot and killed San Francisco police officer Isaac Espinoza, Harris announced she would stick to her beliefs and not seek a capital sentence for the killer — before the funeral and without consulting Espinoza’s widow.

But then in 2010, when Harris wanted to be attorney general of a state where voters consistently support capital punishment, she promised to enforce the death penalty. So much for those deeply held beliefs.

Biden handed dicey issues including immigration to his second in a way that was supposed to boost her visibility. For me, that move confirmed a suspicion that Biden picked Harris as insurance against impeachment attempts. (There were voices calling for his removal after the botched Afghanistan withdrawal.)

The RealClearPolitics polling average puts Harris underwater by 12 points, with nearly 53% of respondents having an unfavorable view of her. Biden is underwater by 6 points.

When she ran for president in 2020, Harris didn’t even poll among the top three in her own state. Californians knew that Harris didn’t have what it takes.

No wonder her staffers are bailing from their plum positions.

Support Conservative Daily News with a small donation via Paypal or credit card that will go towards supporting the news and commentary you've come to appreciate.
Tags
Kamala Harris 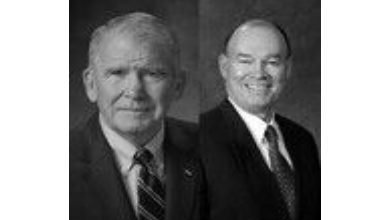 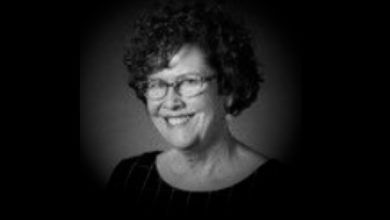