The U.S. could avoid a COVID-19 winter surge “if we can get to 80% population immunity by the end of the summer,” a top doctor said Wednesday on CNN.

“I mean, if you look at what happened last summer when 100% of the population was susceptible and we didn’t have a vaccine, still those numbers came down and then surged again in the winter,” Dr. Paul Offit, the director of the Children’s Hospital of Philadelphia’s vaccine education center said on CNN’s “Inside Politics.”

“If we can get to 80% population immunity by the end of the summer, then we won’t see a surge next winter because this is basically a winter respiratory virus and it’ll be back unless we have a significant percentage of the population vaccinated,” Offit said.

Dr. Anthony Fauci said during a Wednesday press briefing that depending on vaccine distribution, the country may reach approximately 70% to 85% herd immunity “by the end of the summer and the early fall.”

“We anticipate and again it’s purely a speculation that the herd immunity level will be about 70 to 85%,” Fauci said during the press briefing. “And that’s the time that we believe if you look at the planned rollout of the vaccines, that we would hopefully get to that point somewhere by the end of the summer and the early fall.”

Fauci suggested in February on Fox News’ “Special Report” that Americans have to continue wearing masks until the virus “is not a threat at all.”

Offit agreed with Fauci’s assessment and said “I really think we’re almost there.”

“If you look at the actual numbers, even though it would say roughly 29 million people who have been infected, when you do antibody surveillance studies it’s probably closer to 85 million,” Offit said.

“So 25% of the population has already been infected, meaning they’re immune. There’s another 10%, roughly, that are fully vaccinated, another 20% that are partially vaccinated and most importantly, the weather’s getting warmer,” Offit said. 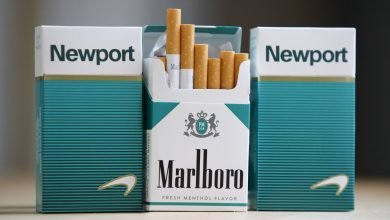 Remote work can be a lot better than this