In 2016 Hillary got the popular vote with over two million votes mostly from illegals. The Electoral College found that out and Trump got in thank God. He proceeded to give us the greatest economy in 50 years, cut everyone’s taxes took out the two biggest terrorists and everyone was doing better. The left’s total collective minds were so triggered they turned into a 24/7 hate and rage known as Trump Derangement Syndrome. Now they are pulling out all the stops to regain power and pulled off the greatest rigged, fraudulent election in history, but now they are caught.

So far more than a million cases of fraud have been filed by poll watchers in sworn affidavits under penalty of perjury. On Sean Hannity’s show, White House press Secretary Kayleigh  McEnany held up a stack of one hundred signed affidavits of voter fraud. Former New York Mayor Rudy Giuliani, Trump’s head lawyer, has been making the rounds in swing states, presenting binders full of sworn affidavits from poll workers and employees describing incidents of this supposed fraud. Yet, the Left and the mainstream media still continue to say that the President’s claim that this election was rigged is “baseless  and Attorney General Bill Barr has denied “any cases of fraud.” That is absolutely not true. 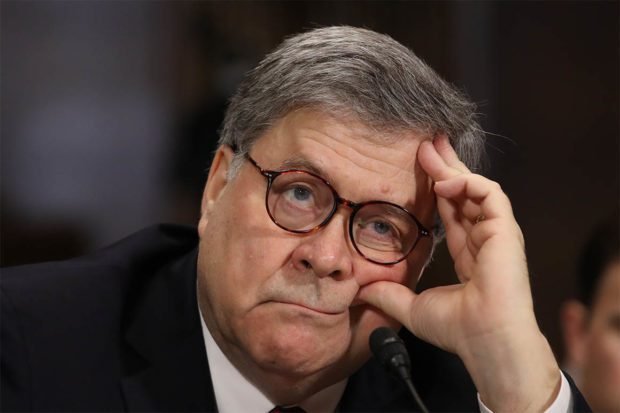 Besides the library of sworn affidavits submitted, there is video evidence of questionable activity in multiple states, confessions from delivery truck drivers, and technical data that doesn’t match up with the end result.

The U.S. Attorney’s office in Harrisburg, Pa., the capital of Pennsylvania, announced on Thursday that it had discovered a small batch of mail-in military ballots that had been thrown out by election officials in Luzerne County.

While the batch was small, one thing stands out. Every discarded ballot was cast for Donald Trump. The county seat of Luzerne County is Wilkes-Barre. Until 2016, when it shifted strongly toward Trump, Luzerne County had long been solidly in the Democrat camp. A coal-mining area with many union workers, Luzerne County voted for Obama in 2008 and 2012.

It appears that the Democratic establishment is not content to allow Luzerne County to defect from their camp. Because even this early on, Democrats are already throwing out Trump’s votes to ensure a Democrat win in November.

I saw an article on a site called Freedom Wire that has a good explanation for what is going on here: Former New York Mayor Rudy Giuliani, Trump’s head lawyer, has been making the rounds in swing states, presenting binders full of sworn affidavits from poll workers and employees describing incidents of this supposed fraud.Yet, the Left and the mainstream media still continue to say that the President’s claim that this election was rigged is “baseless.”That is absolutely not true.

Besides the library of sworn affidavits submitted, there is video evidence of questionable activity in multiple states, confessions from delivery truck drivers, and technical data that doesn’t match up with the end result.

They’ll say whatever they need to say in order to make the truth seem less credible—and that’s been their tactic from the beginning.

They’ve Been Lying Since 2015They’ve made so many wrong, false statements about Trump that you now have gullible people in America who actually believe that the President is a racist, a sexist, a xenophobe, and mocks deceased veterans. None of this is true…not one shred of it.

Yet there are people all across our country that believe he called white supremacist “fine people,” that he “grabs women” by their private parts, that he’s anti-immigration, and that he believes our military men and women are “suckers and losers.”Oh… and to boot, they also believe he makes fun of the disabled.

And it’s all because they really don’t care. They want Trump out of the White House so badly that they’ll accept that Biden may have cheated massively to replace him.

But they need to stop saying there isn’t evidence. Over 1 million claims of fraud in five different states says otherwise.

.The democrats had this planned all along. If the country lets them get by with this they will rig every future election.  If the Supreme Court lets this get by then we do not need the Higher court anymore. President Trump won this election and it should be reversed. So many laws were broken during this election that someone needs to be held accountable. 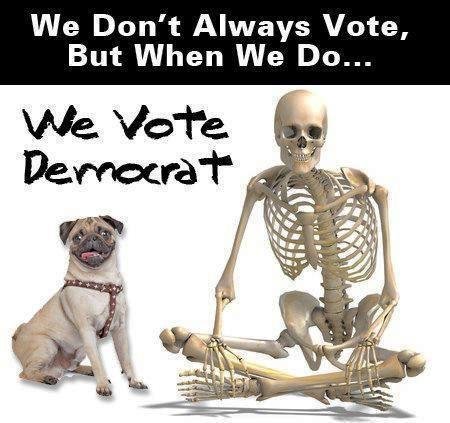 Joe didn’t have a Freudian slip when he said the democRAT party has the best fraud team ever assembled–and he wasn’t talking about fraud protection, he meant outright FRAUD! 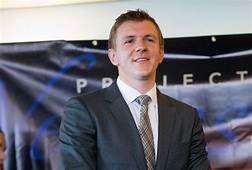 Meanwhile, Project Veritas founder James O’Keefe has been censored again by Twitter shortly after releasing a video of a whistleblower attesting to voter irregularities in Pennsylvania.

The video pertains to spoiled ballots being handled in an unlawful manner with their destruction by Pennsylvania election workers against protocol. Pennsylvania Board of Elections Director Tom Freitag confirmed in the video that the law was not followed.

A Project Veritas journalist rummaged through a couple of garbage bags from the Bucks County Board of Elections. They had been thrown into a dumpster and contained pieces of ballots that appeared to be spoiled and discarded against regulations. Freitag ensured that the ballots were authentic, blaming the rule-breaking activity on “ignorance” of the “brand new law.”

“Whoever was the judge of elections didn’t do it correctly, ” Freitag said to confirm that the law had not been followed by certain Pennsylvania election workers.

“The poll worker should have not thrown it in the garbage,” he added. Freitag said that these spoiled ballots should have been retained for years and then shredded.

Pollster Patrick Basham joined Mark Levin on his show Sunday night to explain his analysis of the 2020 election, and how a Biden win defied pretty much every standard metric and was statistically implausible.

Basham, the founding director of the Democracy Institute, explained to host Mark Levin that there are “a dozen or more of these metrics … [that] have a 100% accuracy rate in terms of predicting the winner of the presidential election.”

“If you look at the results, you see how Donald Trump improved his national performance over 2016 by almost 20%,” he said. “No incumbent president has ever lost a reelection bid if he’s increased his votes [total]. Obama went down by three and a half million votes between 2008 and 2012 but still won comfortably.

In another case, Two men were arrested and charged in Southern California on voter fraud charges after they allegedly submitted thousands of fraudulent voter registration applications on behalf of homeless people, said the Los Angeles County District Attorney’s office on Tuesday.

Carlos Antonio De Bourbon Montenegro, 53, and Marcos Raul Arevalo, 34, were charged with one count each of conspiracy to commit voter fraud, eight counts of voter fraud, four counts of procuring and offering a false or forged instrument, and other charges, said the DA’s office in a news release.

The office said Montenegro allegedly submitted more than “8,000 fraudulent voter registration applications between July and October 2020.” He’s also accused of falsifying names, signatures, and addresses on nomination papers “under penalty of perjury to run for mayor in the city of Hawthorne.”

Montenegro also faces another 10 counts of voter fraud, seven counts of procuring and offering a false or forged instrument, two counts of perjury, and five misdemeanor counts of interference with a prompt transfer of a completed affidavit, the office said.

If convicted, Montenegro can face as many as 15 years and eight months in prison, while Arevalo could face seven years in prison, officials noted.

And Bill Barr says there is no case of voter fraud. 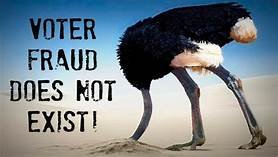