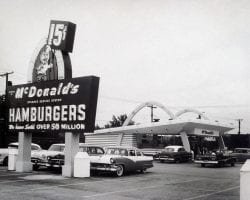 There has been an undertaking by individuals and institutions, with an anti-American philosophy to life, seeking to destroy traditional American culture. I have written about the dangers lurking behind rewriting traditional national history to fit the needs of a certain anti-American political agenda. It’s absolutely maddening in apparent obviousness how people are “propping up” false teachers. They use these people as pawns to push deviant propaganda that’s meant to serve nobody in our society with any sustainable good. Lately, it’s only serving wants, hopelessness, and hate.

In fact, the rewrite of history (think, 1619 Project) is meant to meet an organizational agenda that pushes Marxist, communist, socialist, and… wait for it… tribalistic mentalities. History is not something that can be re-written. History is foundational. Events that had occurred, are occurring, and that will occur, are all true events. This is what makes history foundational.

The historical side of life has lost its value, to the most extreme degree. Statues being toppled, U.S. tradition shredded (think the U.S. Constitution and her principles), history being re-written in complete fallacy. So it’s all looking to be an evil plot that meets the needs to an end. We all know what the end is, the question is, do we acknowledge it? Whatever the end may be (I leave that up to the reader to come to that conclusion), it’s an ending that leaves what we used to know as “options” in life, has now been limited.

Awhile back ago, I was in a discussion with a friend over the direction of the United States as we know it. He brought up how “we need a Renaissance in America.” I politely suggested to him that we had already had one. Not the renaissance that was experienced in the 16th and 17th centuries. On the contrary, I was talking about our modern cultural Renaissance experienced from the 1950’s to a little after the break of the new millennium in the United States. I am not saying that the “cultural revolution” was anything to be happy about, in fact, it downright trashed our founding principles and drug them through the mud.

However, with such excesses of unchecked freedom that brings our society down, comes the good that God pulls from the bad that occurs. For instance, with all the cultural trash that was bred out of the 1960’s to the millennium, you have got to be impressed with the technological advances our nation has made. You can’t thank anything else but that fine balance of liberty and freedom that we are afforded here in our nation. It’s what makes these societal advances even possible. For that, we can all be thankful for the instant comfort and gratification that liberal society worships. There is always a fine line balance between holding back and excessive behavior (I recommend reading, An All-Consuming Century by Gary S. Cross).

The internet was the lifeblood of the advancement of this modern renaissance when it was discovered and then commercialized. It was in the early 1990s that America Online and that annoying 3-minute connection garble started it all. We all remember that. Nintendo. Computers. Gaming. Social Media. Chat Rooms. Websites. Communication was not only born in our modern renaissance, but it was this technology that enabled the growth of extremes and it’s resulting deviant behaviors that only now people are beginning to acknowledge (if not aware already) in American homes everywhere.

Our modern Renaissance ended somewhere in the late-2000’s. Everything now in our modern culture is just downright rehashed. Everything that is culturally presented is digested, thrown-up, and then painted back onto a white canvass for another presentation. It’s disgusting. Look what has become of it. All in the name of politics that had not been finished at the end of the first American Civil War.

I mean, what do you expect when President Johnson’s 1865 proclamation moved to pardon the entirety of those Democratic leaders on the Confederate side who should have been fully prosecuted and then executed for their treason against God, Country, and The People. Instead, we allowed them back into government without any formal prosecution.  Look around you today, and you should see the consequences of this poor political decision on behalf of the Union in 1865.

Here we are today. History shredded and rewritten proves a picture-perfect result of a lack of education, lack of sensitization, lack of logic, lack of self-worth, and where a lack of spiritual truth gets you. A board room full of liberal “intellectuals” making up “new history” like it’s a Dungeons and Dragons board game, that places the blame on America’s Founders for why our nation got this way. They refuse to take the blame for their own self-destructive cultural habits that by all rights should get them locked away. We all wake-up and live life with the same basic components. Some of us Americans just choose to put actual effort into trying to change this nation, and life in general, for the betterment of The People and not just a few groups of people. It’s really about the truth in principle.

Daniel L. Smith, MA.H, is the author of 1845-1870: An Untold Story of Northern California, found here. His articles, projects, and publications can be found on his website, Complex America.

Support Conservative Daily News with a small donation via Paypal or credit card that will go towards supporting the news and commentary you've come to appreciate.
Tags
American culture big government

Daniel Lee Smith is a Historian, Producer, and Author. Mr. Smith holds an MA in History from Southern New Hampshire University. He is the author of 1845-1870: An Untold Story of Northern California. He writes and has written many historically thought-provoking articles published for both the online and print audience. Mr. Smith has lived all over the United States and has extensively traveled North America. An Honorably Discharged US Coast Guard veteran, Mr. Smith was also recognized by Harrah's, Inc. and the City of New Orleans in 2006 for volunteering in the rebuilding of New Orleans (Commercial District) after Hurricane Katrina in 2005 (unrelated to his service).