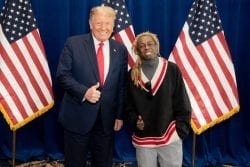 “Trump seems to be a bit frantic about the way the pandemic is being perceived,” Tom Rosenthal, executive director of the American Press Institute, was quoted saying in the Washington Post. Trump “wants to separate his supporters from what Drudge readers are seeing and reading.”

Post reporter Paul Farhi suggested the loss of a conservative news organ in an election year will hurt the president more than the Drudge Report website. Since then a couple of newcomers claim to replace Drudge; Whatfingernews and Revolver.news are attempting to take Drudge’s place among biased news suppliers for conservatives.

[I suggest listening to, reading and watching as much “news” as you can – both foreign and domestic – instead of any one type of propaganda. It is all propaganda, by consuming as much as you can from a variety of sources you may find the truth.]

The Trump/Drudge divorce is interesting for a couple of reasons. It seems to have hurt both.

The Drudge Report posted a 45 percent decline in web traffic in September as the site alienated its core readers by turning against President Trump ahead of the 2020 presidential election, according to numerous sources.

However, Trump’s lack of leadership on the war on coronavirus and lying to the public and ignoring medical experts has hurt him in polls. It has also given his detractors fodder with which to tar him in the months leading to his reelection campaign.

The Drudge Report helped Trump win in 2016 after it resurrected a report that former President Bill Clinton had fathered a child with another woman in September and October of 2016. Trump was trailing in the polls to then-Democratic nominee Hillary Clinton at the time, just before the 2016 election.

Support Conservative Daily News with a small donation via Paypal or credit card that will go towards supporting the news and commentary you've come to appreciate.
Tags
COVID-19 Donald Trump Matt Drudge The Drudge Report