It is no mystery who won the 2020 presidential election. President Trump was obviously re-elected, and everyone including the human demons, know this.

Do not be fooled by those feigning objectivity nor those proclaiming a Biden win.  Neither is supported by anything seen prior to and on election day/night.

The fact is we are in a spiritual war between good and evil in this nation. No one should be surprised at the depths of evil the enemy will stoop.

No one, too, should be acting and speaking as if the decision is yet to come – why would any just individual allow the enemy to announce a result when everything we witnessed declares Trump won?

Do not be fooled and do not validate those who act as if the result is not yet known. The result is known and the evil ones reject it.

There is nothing surprising about what we are witnessing. The comments from the evildoers prior to Election Day portended exactly what we are seeing now.  They planned to never accept the results – they planned to obfuscate the election long ago.

I remind all Christians that, “No weapon that is formed against thee shall prosper; and every tongue that shall rise against thee in judgment thou shalt condemn. This is the heritage of the servants of the Lord, and their righteousness is of me, saith the Lord.” (Isaiah 54:17, King James Version).

President Trump is victorious. Say nothing to the contrary, speak the truth, declare it!

Support Conservative Daily News with a small donation via Paypal or credit card that will go towards supporting the news and commentary you've come to appreciate.
Tags
2020 Presidential Campaign Election 2020 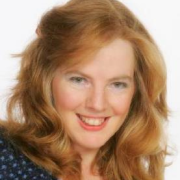