“The results of this ongoing criminal investigation illustrate the importance of strong interior enforcement. The arrests made last year pursuant to U.S. Immigration and Customs Enforcement’s execution of more than a dozen search warrants have thus far yielded 126 indictments, 117 criminal arrests, and 73 convictions. In total, more than 403 individuals falsified social security information in order to gain illegal employment in the United States,” said Albence. “Companies who intentionally or knowingly base their business model on an illegal workforce deprive law-abiding citizens and lawful immigrants of employment opportunities, which are especially critical as our economy looks to recover from the challenges faced by the COVID-19 pandemic.

“This office has a successful history of prosecuting employers for violating our immigration laws, and today marks another step in ensuring that justice is fairly and impartially done, no matter the law-breaker. I want to thank our partners at ICE Homeland Security Investigations and our office’s federal prosecutors for doggedly pursuing these criminal violations. The indictments unsealed today mark the beginning, not the end, of our investigations and prosecutions. Rest assured that we will continue to pursue criminal wrongdoers and enforce our criminal laws wherever the evidence may take us,” said Hurst.

According to the indictment, Carolyn Johnson, 50, of Kosciuskio, Mississippi, was a Human Resource Manager and Aubrey “Bart” Willis, 39, of Flowery Branch, Georgia, was the manager at Pearl River Foods LLC in Carthage, Mississippi. Johnson was indicted on six felony counts of harboring an illegal alien as well as one count of wire fraud and two counts of aggravated identity theft. Willis was indicted on five counts of harboring an illegal alien.

The indictment charges both defendants with harboring illegal aliens following the execution of federal warrants at the Pearl River Foods facility Aug. 7, 2019. Johnson was also indicted for fraud and aggravated identity theft in connection with a grant from the State of Mississippi for reimbursement for on the job training for employees of Pearl River Foods. As set forth in the indictment, Johnson submitted claims for reimbursement for training that never occurred.

Villalon, Johnson and Willis will appear for arraignment before U.S. Magistrate Judge Linda R. Anderson Thursday at 1:30 p.m. Delgado-Nieves will appear before U.S. Magistrate Judge Keith Ball at 2:30 p.m. Thursday for his arraignment. The case against Johnson and Willis has been assigned to Chief U.S. District Judge Daniel P. Jordan III. The cases against Villalon and Delgado-Nieves have been assigned to U.S. District Judge Carlton Reeves.

These cases are being prosecuted by Assistant U.S. Attorney Lynn Murray.

On Aug. 7, 2019, HSI, in partnership with the U.S. Attorney’s Office for the Southern District of Mississippi, executed multiple federal criminal and administrative search warrants at seven sites across central Mississippi. This was the largest single-state worksite enforcement operation in our nation’s history, resulting in the detention of 680 illegal aliens and the prosecution of 119 illegal aliens for stealing the identities of American citizens, falsifying immigration documents, fraudulently claiming to be U.S. citizens, and illegal re-entering the country after being deported, among other federal crimes.

Poll Once Again Confirms That Hispanics Hate The Term ‘Latinx’ 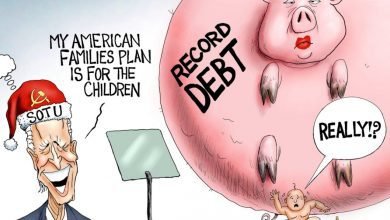 Raging Wildfire Rips Through Small California Town, Leaving Much Of It In Ashes [Images + Video]