The Snake with the Mustache

Trump Defense Counsel Ken Starr said impeachment Is ‘Hell,’ and like war, it is a bad habit to be kicked. 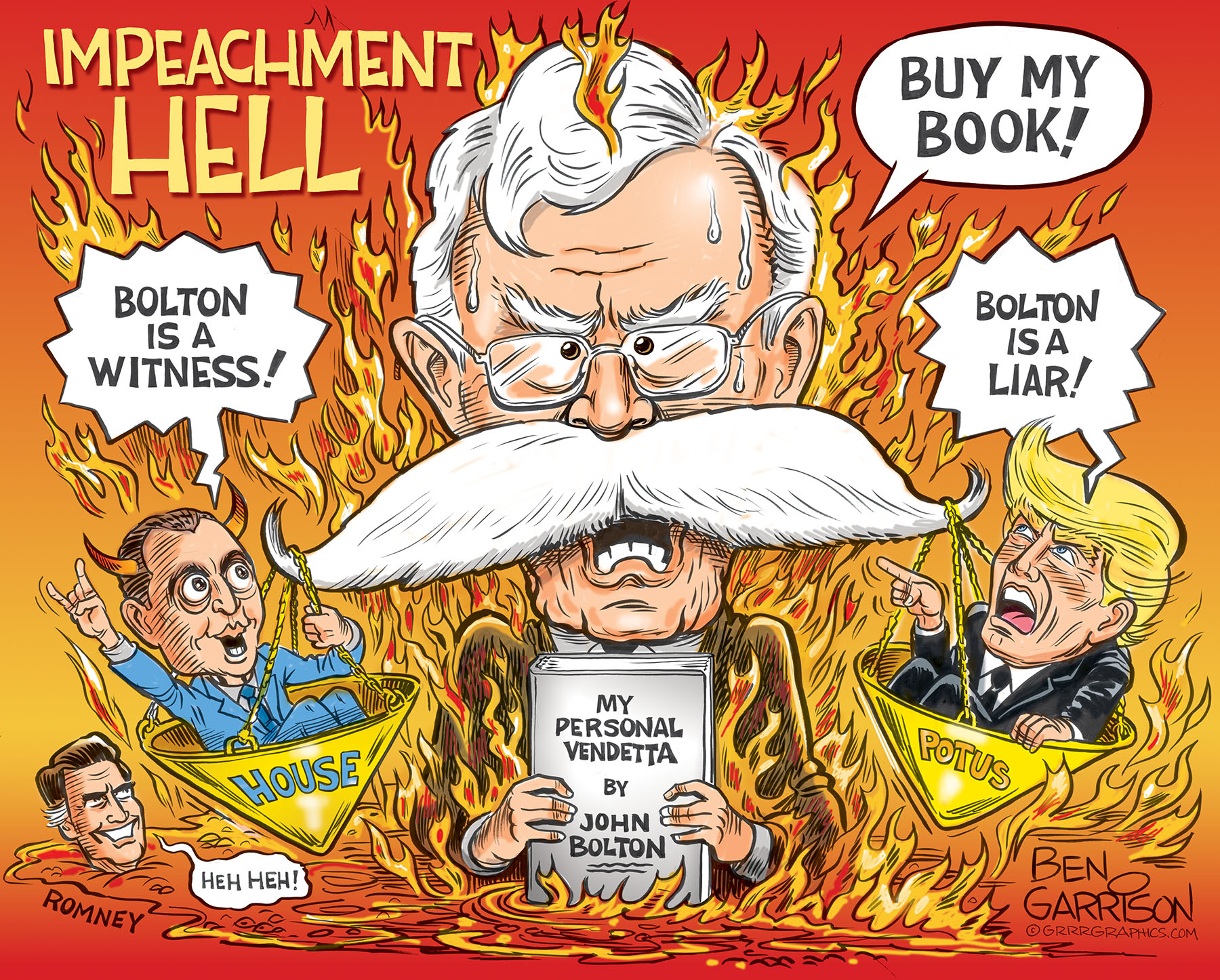 That was enough to inspire this cartoon. War is a bad habit, and John Bolton is a warmonger. He wanted war with Iran in particular and was frustrated when President Trump reined him in at every turn. Now he wants to use the impeachment proceedings as a means to shamelessly hype his new book and hit back at Trump.

We now see Bolton’s true neocon turncoat colors. In Dante’s “Inferno,” there was a special circle in Hell for such traitors. Bolton has penned a book that lambasts the president and accuses him of using a ‘quid pro quo’ arrangement with Ukraine in order to get Joe Biden investigated. Trump denies it, but even if true it’s not impeachable. It’s the president’s job to prevent corruption and Biden is corrupt as they come.

Bolton’s fellow turncoat, Mitt Romney, and a handful of Republicans are expressing a willingness to hear Bolton as a witness. That opens a clown car door and we’ll see who knows how many witnesses for both sides. The impeachment hell could drag on even longer, and that’s not good for our country.

The most dangerous places in the Chernobyl zone 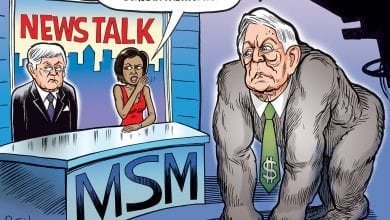 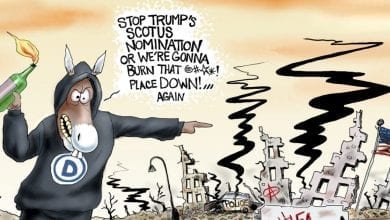 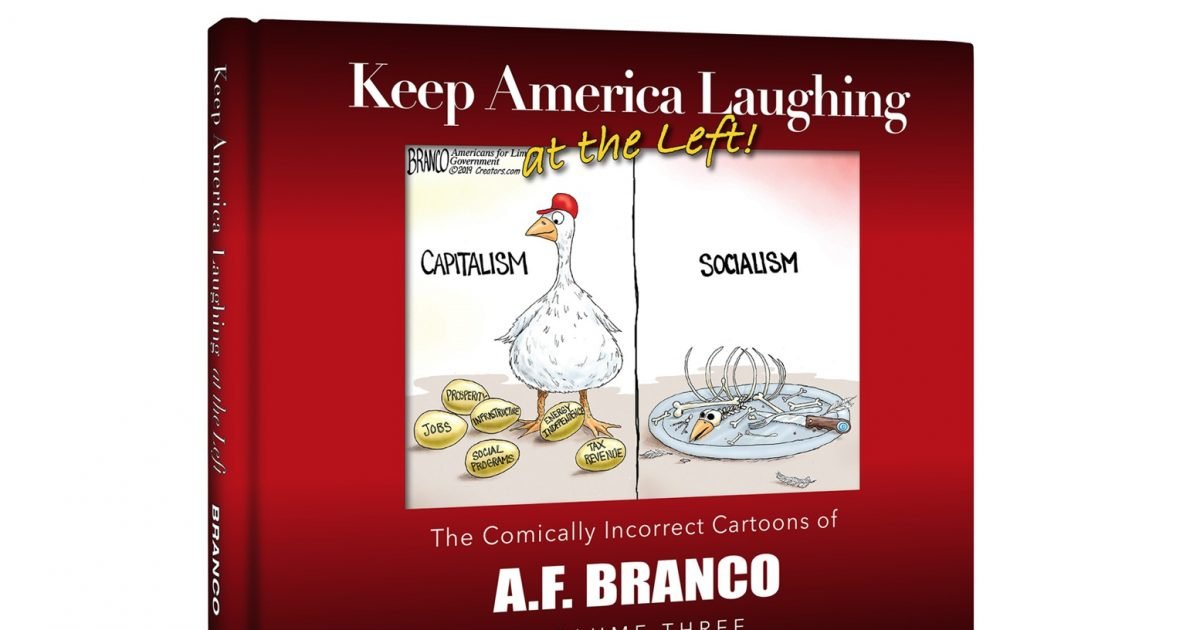 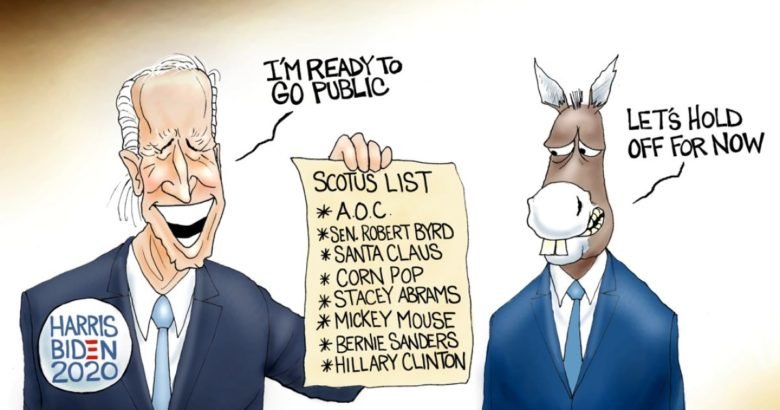