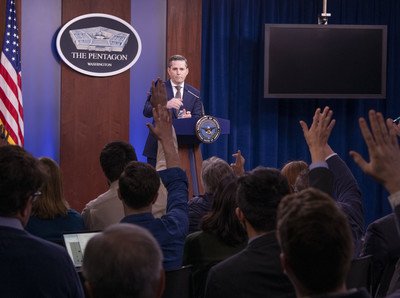 During an update to the Pentagon press corps, Jonathan Rath Hoffman said Defense Secretary Dr. Mark T. Esper directed the acting under secretary for personnel and readiness to begin work with the Joint Staff to report accidents and injuries, while keeping information transparent and informing the public.

Of the 34 service members who were diagnosed with traumatic brain injuries — which in some cases are concussions — eight were transported to the United States for medical care and nine remain hospitalized in Germany where they are still undergoing evaluation and treatment. Seventeen service members have returned to duty in Iraq, he added.

Eligibility for purple hearts will be up to the services, he noted.

Hoffman said DOD will also review its processes for tracking and reporting injuries in addition to service members wounded in action.

“The goal is to be as transparent and accurate as possible to provide the American people with the best information about the tremendous sacrifices our warfighters make” and to offer best medical practices to service members who suffered injury, he said.

DOD will have an update on the review in the future, Hoffman added.

Turning to the National Defense Strategy and shifting troop presence from one part of the world to another, Hoffman said part of DOD’s defense review and force posture review is to see what types and numbers of forces DOD needs for the Indo-Pacific region for the fiscal year 2021 budget.

“A goal is to move forces to the Indo-Pacific region to counter China and regional flare-ups. We can do multiple things at once,” Hoffman said of world troop presence.

Support Conservative Daily News with a small donation via Paypal or credit card that will go towards supporting the news and commentary you've come to appreciate.
Terri Moon CronkJanuary 24, 2020
1
Facebook Twitter LinkedIn Share via Email Print