Over the years, the women’s rights movement has gone increasingly to the left. Along with this shift in ideology, came anti-gun and man-hating rhetoric. Each day brings a new hit piece on straight white men, the prominence of the patriarchy, or just the general “threat” of the male species. The rise of the #MeToo movement further spread the radical feminist idea that all men are rapists guilty of hurting women. But, when the issue of female gun ownership arises, the same left-wing activists completely shut down and even attack women for exercising their second amendment right.

The truth is, the left doesn’t want women to have the effective means to defend themselves because they don’t want them to be anything but victims.

In August, Conservative commentator Tomi Lahren launched an athleisure line for women with Alexo Athletica, intending to hold a variety of self-defense products, including firearms. Since then, numerous news outlets have come out with articles critiquing the line’s purpose and asking why women need to “shove a gun in their pants”. The left will mock anything built around a woman’s right to defend herself. They see no need to for this, despite their claim that all men are dangerous predators.

A recent Vogue column argues that concealed carry wear is “ hypocrisy at its finest.” According to the author, other designers are “already creating safe spaces for marginalized women”. She goes on to name another brand that celebrates all genders and body types. It remains unclear how celebrating women’s bodies is in any way related to women taking their safety into their own hands.

Feminists are so quick to point out misogyny and sexism in virtually every aspect of life, but they are silent when men pass laws and make statements that discourage law-abiding women from owning firearms. Numerous articles titled “reasons I don’t carry a gun” and “ reasons no one needs a gun” circulate the internet. They claim that a concealed carry permit holder will never need to use deadly force. While these pieces recite the same tired language, they’re also predominantly written by men. They constantly question “why you even need a gun anyway?” This is followed by how inconvenient it is to carry a gun and how unsettling it is to those who see a firearm in public. Yet, no mainstream feminist is perturbed by this misogyny. They don’t point out how unsettling and inconvenient it is to be violently assaulted and not be able to defend yourself.

Men are often victims of violent crime, but they generally do not constantly fear for their safety the same way women do; men do not worry about jogging alone. Men are not told to walk in groups and only travel in well-lit areas. Most men will probably never know what it is to be totally vulnerable and defenseless against someone who is twice their size.

So why do men get to tell women, who are biologically smaller and weaker than they are, that they don’t need a gun to protect themselves?  Why do feminists remain silent?

How is it possible for a group of people to believe that the patriarchy is real, and all men are predators yet, paint female gun owners as paranoid outcasts who use unnecessary means to protect themselves?

Many people want to live in a utopian society where bad things don’t happen to them. They want to believe that their safety is not their responsibility because men should be taught not to hurt women.

The truth is, violent crimes are about power and control and not due to a lack of education about right and wrong. Furthermore, consent dinners and active consent classes won’t protect women from real threats.

Many feminists argue that promoting personal safety is victim-blaming that perpetuates rape culture; their feelings should be enough to protect them from life’s harsh realities.

Too many women believe that nothing bad will happen to them and they, therefore, don’t need to take control over their own safety. Feminists only reinforce this false notion when they shame women who choose to carry guns.

Statistically, a woman is sexually assaulted every two minutes in the United States. While these events often occur inside the home, nearly half of survivors were reported going about their daily routine when they were assaulted.

In 2007, while attending college in Las Vegas, Amanda Collins was raped in a parking garage after leaving a night class. Being in a well-lit area and on the same floor as the campus police officer didn’t deter Amanda’s attacker. Following the incident, the university installed more call boxes throughout the campus in an attempt to keep women safe. During an interview in 2013, Amanda states: “I can tell you that a call box above my head while I was straddled on the parking garage floor being brutally raped wouldn’t have helped me one bit. The safe zone? I was in a safe zone and my attacker didn’t care. “

Unfortunately, stories like this are not uncommon on college campuses and in many gun-free zones all over the country. Safety measures taken by administrators and bureaucrats are futile and only make women more vulnerable.

Women are repeatedly taught that it is their responsibility to avoid dangerous situations and are even told that they should vomit or urinate on themselves in order to deter a  rapist. This is absolutely ludicrous and patronizing to women everywhere.

In 2013, Representative Joe Salazar scoffed at campus carry efforts, stating that the call boxes and safe zones on college campuses were sufficient to keep women safe. He even questioned a woman’s ability to “determine if they are about to be raped” and stated that they may mistakenly “pop a round at somebody.” In addition to telling women they shouldn’t be able to protect themselves, lawmakers argue that we’re too dumb to figure out when lethal force may be necessary.

Many people suggest alternative methods of protection such as pepper spray or self-defense classes. However, tools such as these require proper positions and close contact with an attacker. Self-defense classes can be helpful when compounded with lethal weapons. But telling women that these maneuvers are the only thing they need to keep them safe is a disservice that gives them a false sense of security.

Today, acknowledging the biological differences between men and women is extremely controversial. The fact is, men have an enormous physical advantage over women in a multitude of ways. Many well-meaning instructors attempt to teach women techniques such as eye-gouging and a hard hit to the groin, but a majority of women don’t have the strength or the amount of training necessary to make them effective. Therefore, telling women that they can or should engage a male assailant in a physical altercation is a dangerous lie.

Women deserve the freedom to protect themselves in any way they choose. The best way to do that is to encourage women to buy a firearm and allow them to carry it wherever they want. Communities can keep their consent dinners and gun-free zones. Women deserve more than to be told to urinate on themselves when faced with evil that wants to do them harm. Women deserve more than a police call box and so-called “safe zones.”  Anyone who claims to support the equal rights of women must also support female gun ownership and stop electing lawmakers who legislate women into being victims. 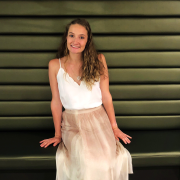