When Donald Trump was first inaugurated  he said he was going to continue winning and people will be begging him to stop winning as they wouldn’t be able to take it anymore. Well that is not far from the truth as egotistical as it may sound.

When he first started out he was building skyscrapers and hotels and became a huge success at that.

Then he thought about creating golf courses even though he had no knowledge of how to do that, but he set out and did it and became a success at establishing many golf courses all over the world.

Then without any knowledge of TV production he decided he wanted to do a TV show called The Apprentice. That lasted 14 seasons.

After that he decided he wanted to try to run for public office and became president. He promised to “Make America Great Again” and to “drain the swamp” that is Washington politics. He is doing just that and breaking records every day in spite of the opposition party throwing  everything at him to destroy him without offering anything positive for the American people. It used to be that when one party lost to another they would pull themselves up by the bootstrap and try harder for the next time around and in the meantime both parties would work together for the betterment of the country. Not so with today’s democrats. They want to destroy anything that opposes them and their communist/socialist agenda and are all for control and money. Trump is all for the people and wants them to be a successful as he is by leading by example.

The recent headline on Drudge exemplified it exactly: 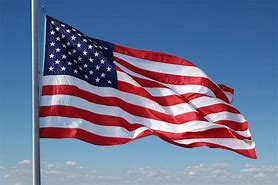 Hispanic Unemployment Lowest Ever...
Best for women since 1953...
Record jobs even for high school dropouts!

But I will let Donald speak for himself from his twitter page:

Had a long and very good conversation with President Putin of Russia. As I have always said, long before the Witch Hunt started, getting along with Russia, China, and everyone is a good thing, not a bad thing….

We can all agree that AMERICA is now #1. We are the ENVY of the WORLD — and the best is yet to come!

But now Republicans and Democrats must come together for the good of the American people. No more costly & time consuming investigations. Let’s do Immigration (Border), Infrastructure, much lower drug prices & much more – and do it now!

OK, so after two years of hard work and each party trying their best to make the other party look as bad as possible, it’s time to get back to business. The Mueller Report strongly stated that there was No Collusion with Russia (of course) and, in fact, they were rebuffed…..

Meanwhile President Donald Trump on Thursday credited contemplating God with helping him get through special counsel Robert Mueller’s probe into allegations of Russian collusion, and other probes he had denounced as “witch hunts.”

“And you know what we do, Mike?” he said, addressing Vice President Mike Pence. “We just do it, right? And we think about God.”

At the event, Trump also suggested that since taking office, more people were using the word “God.”

What is Nancy’s Endgame – Conservative View from New Hampshire