Most concede that a Green New Deal would be an economic disaster. Achieving 100% renewable energies alone would cost an estimated $2.9 trillion, nearly a full year’s tax revenue. Despite these economic shortcomings, though, public support only continues to grow, with supporters citing its ability to mitigate climate change as more than enough justification for backing the deal. Realistically, the deal fails at addressing its intended goal of fighting climate change and overall, represents a misguided way to tackle climate change. 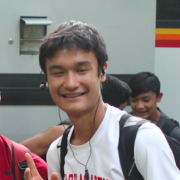 Rudy Exposes Hillary Clinton On Live TV, Puts Her On Notice: ‘Better Get A Lawyer!’

Here’s What Trump Should Do Next

Out of the Ivory Palaces

Pompeo Makes Bold Statements But Will It Matter Going Forward?