Posted by: David Vergun in Military and Defense, Syndicated Posts, US News April 24, 2019 Comments Off on Nuclear Triad Important to America’s National Security 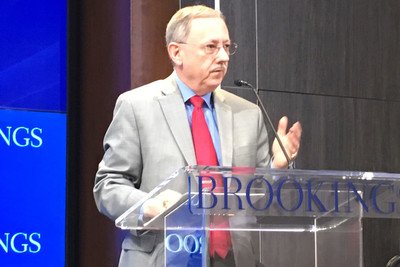 The United States’ strategic nuclear arsenal has been based on the nuclear triad system since the 1960s. The triad refers to the three categories of nuclear delivery vehicles: land-based intercontinental ballistic missiles, submarine-launched ballistic missiles and strategic aerial bombers.

The purpose of the nuclear triad is to reduce the possibility that an enemy could destroy all the nation’s nuclear forces in a first-strike attack by retaining a second-strike capability — a viable threat that increases nuclear deterrence. This would, in effect, make a successful first strike impossible.

In 2018, the Pentagon released its Nuclear Posture Review. It noted that, while the U.S. has continued to reduce the number and salience of nuclear weapons, others, including Russia and China, have moved in the opposite direction. “They have added new types of nuclear capabilities to their arsenals, increased the salience of nuclear forces in their strategies and plans, and engaged in increasingly aggressive behavior, including in outer space and cyberspace.”

The review addressed the challenges posed by these nations and others and presents a roadmap for strengthening nuclear deterrent that includes modernizing systems, assurance of allies and partners and the achievement of U.S. national security objectives if deterrence fails.

Click here to read more about what David J. Trachtenberg, deputy undersecretary of defense for policy, had to say about America’s nuclear posture at the Brookings Institution today in Washington.