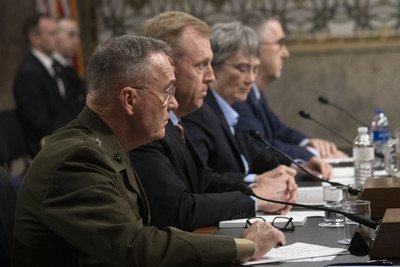 A United States Space Force would build on and accelerate the advantage the U.S. Air Force has given the American military in space, Acting Defense Secretary Patrick M. Shanahan told the Senate Armed Services Committee.

Establishing the U.S. Space Force will enable the Defense Department to gather up the disaggregated parts of the military space effort in one organization and change what has become a slow, bureaucratic approach, Shanahan said.

The secretary asked the committee to authorize the Space Force in the Fiscal Year 2020 National Defense Authorization Act.

“America has enduring interests in space,” he said. “And just as the U.S. Navy ensures freedom of navigation of the seas, America’s Space Force must now ensure the freedom to navigate the stars.”