WASHINGTON – The U.S. Department of the Treasury’s Office of Foreign Assets Control (OFAC) today announced the designation of two shipping companies that have helped North Korea evade sanctions.  Today’s action highlights the deceptive methods that the North Korean regime uses to circumvent international and U.S. sanctions, as well as the U.S. Government’s commitment to implement existing UN Security Council (UNSC) resolutions.  Both companies are based in China.  In a related action, OFAC, along with the U.S. Department of State and the U.S. Coast Guard, is updating the North Korea shipping advisory and adding dozens of vessels that are believed to have engaged in ship-to-ship (STS) transfers with North Korean tankers or exported North Korean coal.

“The United States and our like-minded partners remain committed to achieving the final, fully verified denuclearization of North Korea and believe that the full implementation of North Korea-related UN Security Council resolutions is crucial to a successful outcome,” said Treasury Secretary Steven T. Mnuchin. “Treasury will continue to enforce our sanctions, and we are making it explicitly clear that shipping companies employing deceptive tactics to mask illicit trade with North Korea expose themselves to great risk.”

OFAC designated Dalian Haibo International Freight Co. Ltd. (Dalian Haibo) pursuant to Executive Order (E.O.) 13722 for providing goods and services to or in support of the U.S.-designated Paeksol Trading Corporation (Paeksol).  Paeksol is also subordinate to the UN- and U.S.-designated Reconnaissance General Bureau (RGB).  OFAC previously designated Paeksol for having sold, supplied, transferred, or purchased metal or coal from North Korea, where the revenue may have benefited the Government of North Korea or the Workers’ Party of Korea.  In early 2018, Dalian Haibo shipped cargo from Dalian, China to Paeksol in Nampo, North Korea, aboard DPRK-flagged vessels.

This shipping advisory updates the February 23, 2018 advisory with new information about North Korea’s deceptive shipping practices, additional guidance on how to mitigate the risk of involvement in these practices, a new graphic depicting certain ports of call, and three new annexes, (1) guidance for member states and industry to avoid illicit North Korean maritime trade, (2) dozens of vessels that are believed to have engaged in ship-to-ship transfers with North Korean Tankers, and (3) dozens of vessels that may have exported North Korean coal since August 5, 2017.  As further detailed in the advisory, North Korea employs deceptive shipping practices such as disabling or manipulating automated identification systems, physically altering vessels, conducting (STS transfers, and falsifying cargo documentation.  Since initial publication in February 2018, North Korea has altered the geographic location of STS transfers and has resumed exports of coal in the Gulf of Tonkin. 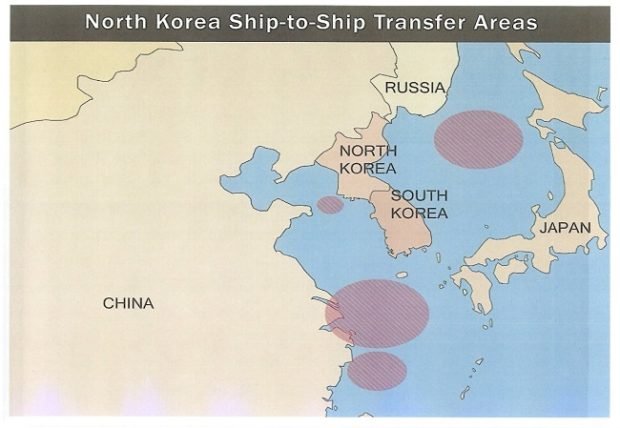 The following graphic shows ports of call before and after STS transfers of refined petroleum: 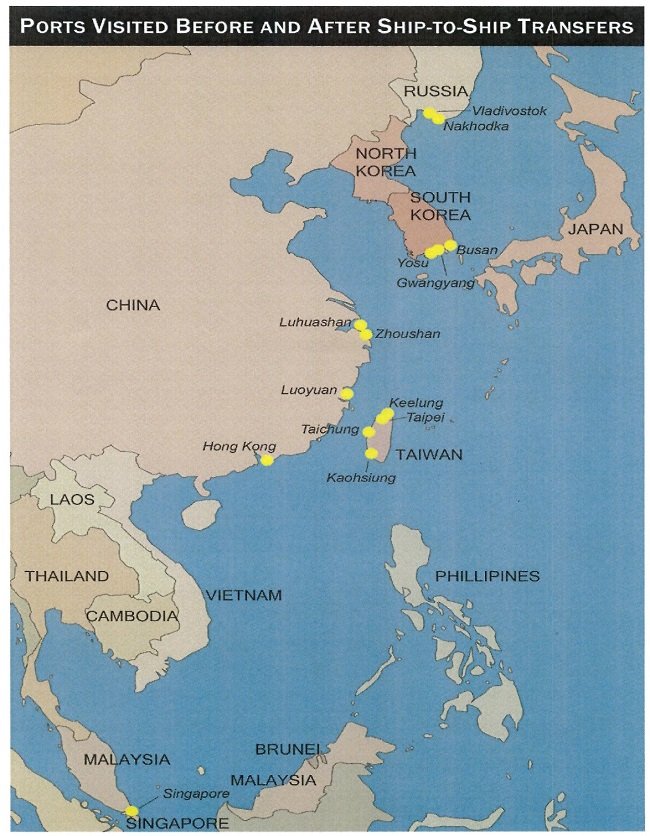 View identifying information on the entities and individual sanctioned today.

Source: U.S. Dept. of the Treasury

Tags
North Korea The Department of the Treasury

Mueller Madness: Here’s What To Know About The Special Counsel’s Report