The ability for the United States to send its astronauts into space ended with the shuttle program in 2011, but SpaceX, in partnership with NASA, will be one step away from fixing that on Saturday.

More than seven years after Shuttle Atlantis completed the program’s last mission, America has a new way to transport humans to the International Space Station: the SpaceX Crew Dragon Capsule which is set to launch from Kennedy Space Center’s historic Launch Complex 39A on Saturday at 2:49 a.m. EST on a Falcon 9 rocket. 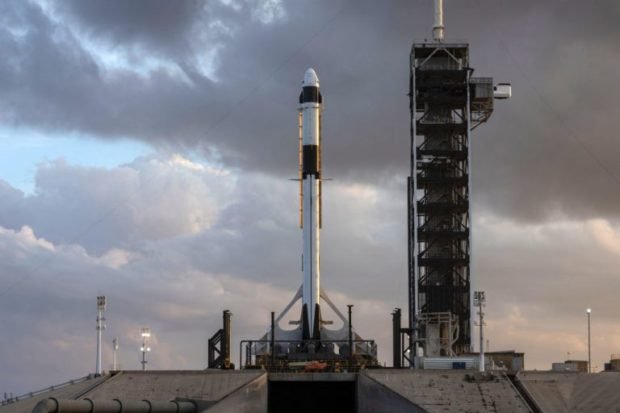 The mission will send the capsule into orbit so that it can continue on to the International Space Station where it will autonomously dock and deliver supplies to the crew. On March 8, the capsule will undock from the station and return to Earth, splashing down in the Atlantic Ocean where it will be recovered.

Take a look: NASA inside view of the SpaceX Crew Dragon Capsule

Since the demise of the Shuttle program, American astronauts have had to ride on Russian Soyuz rockets to get to the Space Station, but NASA has enlisted the help of SpaceX and Boeing to create U.S. systems to alleviate that dependency. SpaceX plans to launch another Crew Dragon later this year with crew aboard. It could mark the first U.S. manned orbital spaceflight since former President Obama ended the shuttle program.

Meteorologists with the U.S. Air Force’s 45th Weather Squadron continue to predict an 80 percent chance of favorable weather for launch on Saturday morning, with the possibility of thick clouds or cumulus clouds posing the main concern. Should the weather prevent the Saturday launch, a backup instantaneous launch opportunity is available on Tuesday, March 5 at 1:38 a.m. EST.

SpaceX will attempt to land Falcon 9’s first stage on the “Of Course I Still Love You” drone-ship, which will be stationed in the Atlantic Ocean.

The capsule will carry 400 pounds of crew supplies and equipment to the Space Station along with testing equipment and a test dummy, Named Ripley after main character Ellen Ripley in Alien, wearing a SpaceX space suit.

“Crew Dragon, designed from the beginning to be one of the safest human space vehicles ever built, benefits from the flight heritage of the current iteration of Dragon, which restored the United States’ capability to deliver and return significant amounts of cargo to and from the International Space Station,” SpaceX posted on its website. “Dragon has completed 16 missions to and from the orbiting laboratory.”