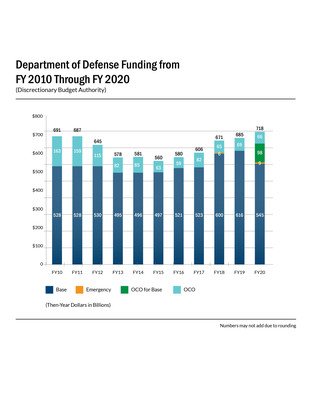 Acting Defense Secretary Patrick Shanahan told representatives on Capitol Hill that this year’s Defense budget request holds the same strategy as previous years and the allocation of border wall funding will not negatively affect any aspect of national defense.

“The strategy you supported last year is the same strategy we are asking you to fund this year,” the secretary told the House Armed Services Committee.

Shanahan and Chairman of the Joint Chiefs of Staff Marine Corps Gen. Joe Dunford appeared together before the committee to back the proposed budget of more than $718 billion for the military.

The proposed budget would include money for President Donald Trump’s southwest border wall. Up to $3.6 billion would support military construction projects that will be awarded in fiscal year 2020 rather than in fiscal year 2019, so DOD can resource border barrier projects under the president’s emergency declaration of this year, Shanahan said, and $3.6 billion in case additional emergency funding is needed for the border.

“Military construction on the border will not come at the expense of our people, our readiness or our modernization,” the secretary said.

Further, Shanahan said, no military housing, barracks or dormitory projects will be affected.

“I appreciate the inherent intra-government complexities of the southwest border situation,” Shanahan said. “I also want to emphasize: The funds requested for the border barrier amount to less than 1 percent of the national defense topline.”

Support Conservative Daily News with a small donation via Paypal or credit card that will go towards supporting the news and commentary you've come to appreciate.
Tags
defense budget Military Spending Patrick Shanahan The Border Wall