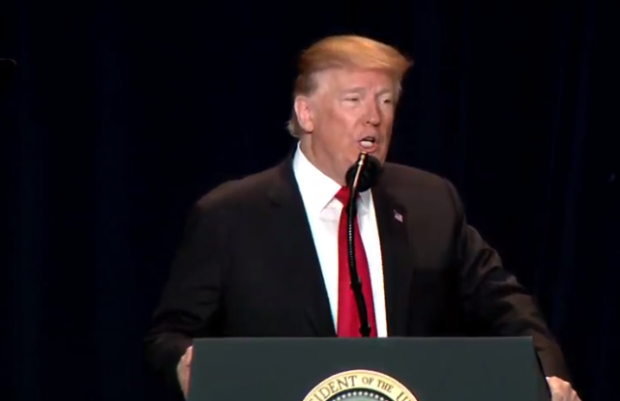 On Friday President Donald Trump announced that he is declaring a National Emergency over the border crisis.

Congress was unable to find a solution in regards to the border so the President announced that he would declare a national emergency a power he has under the National Emergencies Act.

However, the budget bill has tried to put limitations on what the President can do regarding the wall and immigration policy with the $1.375 billion that the bill appropriates.

The bill specifies where the wall may be built and of what materials.

Moreover, the compromise bill also extends prohibitions about building in certain areas along the border, including the National Butterfly Center, which had sued to stop construction. pic.twitter.com/uOoMS2BtQC

Section 224 has given deportation immunity to anyone who claims to be a sponsor of an unaccompanied minor, and the bill does nothing to prevent the abuse of this process.

Lots of bad but swallowable stuff in $ bill. But Sec.224 is a poison pill: Gives deportation immunity to any sponsor—or POTENTIAL sponsor—of an "unaccompanied" alien child. Creates incentive for illegals already here to order up kids from Central America (or anywhere). Outrageous

“The bill also significantly increases the disclosures required of ICE regarding detention data. This is to ensure that ICE actually is slashing detention as required by the bill:”

The bill also significantly increases the disclosures required of ICE regarding detention data. This is to ensure that ICE actually is slashing detention as required by the bill: pic.twitter.com/7sI6R2PbyT

This bill was approved with Veto Proof majorities in both houses.

Support Conservative Daily News with a small donation via Paypal or credit card that will go towards supporting the news and commentary you've come to appreciate.
Tags
Politics Trump Administration