Democrats ill-conceived attempt to revoke President Trump’s declaration of a national emergency at the border is feckless at best. If the national emergency were blocked, Trump would only lose a portion of the funding available to him. 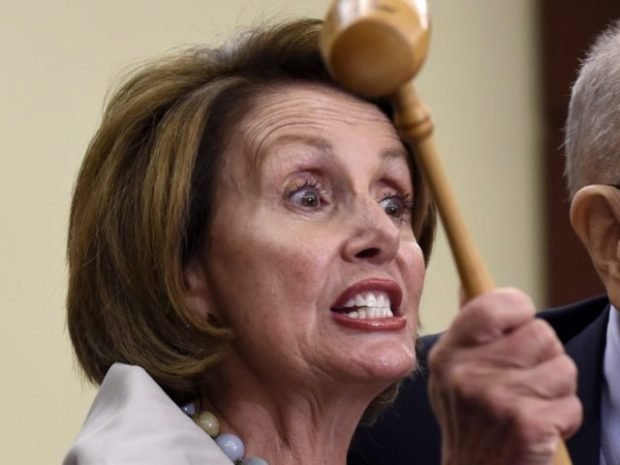 The House of Representatives passed a resolution late Tuesday afternoon that would terminate President Trump’s national emergency declaration if it were to be passed by the Senate and allowed to become law by Trump – which is highly unlikely. And, even if Democrats managed to override his veto, they can’t stop most of the money from going to border barriers.

President Obama declared an emergency at the border to deal with transnational gangs like MS-13 – one of the same reasons Trump highlighted in his proclamation. But, Democrats had no issues with Obama’s declaration at the time

“President Trump is using funds appropriated by Congress, funds reallocated under statutory authority, and funds available when a national emergency is declared,” the Trump administration said Tuesday in a statement. “Nearly $8.1 billion has been identified as available.”

The White House identified three sources of funding, only one of which requires a national emergency for the president to access:

The administration said that funding from these sources will be used sequentially and as needed, with the $1.375 from appropriated funds used first, then the $3.1 billion from other statutory authorities, then the $3.6 billion from military construction.

“Only $3.6 billion of the nearly $8.1 billion is dependent on the President’s declaration of a national emergency,” they added.

The president’s evocation of a national emergency on the border is precedented. Former President Obama declared an emergency at the border to deal with transnational gangs at the border like MS-13 – one of the same reasons Trump highlighted in his proclamation. But, Democrats had no issues with Obama’s declaration at the time.

There is also precedent for using DoD funds for construction projects under a national emergency. In fact, the DoD has done so 18 times just between 2001 and 2013.

In declaring a national emergency, two statutes are invoked: More than 5,000 troops are deployed at the border and the Pentagon is now reviewing which emergency military construction projects, such as the building of barriers, may be “necessary to support” the use of the Armed Forces. Until those determinations are made no funds will be authorized for use.

Separate from the national emergency, the President invoked two other statutory authorities to direct needed funds to the border.

DHS has requested that the Defense Department use this counterdrug authority to construct fencing and roads and to install lighting in high-priority drug-smuggling corridors. To devote additional resources to such construction, DOD will augment existing counterdrug funds by transferring up to $2.5 billion from other DOD accounts. This has nothing to do with the national emergency declaration or the Democrat party’s political ploy to stop it. In fact, the DOD’s transfer authority is provided in section 8005 of the FY19 DOD appropriations act – which was passed by Congress.

In past years, DOD has relied upon its general transfer authority to reallocate up to $4 billion from within the DOD budget. Under 31 U.S.C. § 9705(g)(4)(B), the Secretary of the Treasury may provide money from the Treasury Forfeiture Fund to other agencies for use “in connection with the law enforcement activities of any Federal agency.” Treasury has identified about $601 million that will be made available to DHS for use in law enforcement border security efforts.

The vote in the House is little more than political theater intended for the open-borders crowd within the far-left, extremist wing of the Democrat party. It will have little effect and new border barriers will be built with money authorized by Congress.

Support Conservative Daily News with a small donation via Paypal or credit card that will go towards supporting the news and commentary you've come to appreciate.
Tags
border security The Border Wall the U.S. House of Representatives