“To continue delivering for our customers and to succeed in developing interplanetary spacecraft and a global space-based Internet, SpaceX must become a leaner company. Either of these developments, even when attempted separately, have bankrupted other organizations”, a spokesman said in an email. “This means we must part ways with some talented and hardworking members of our team.” 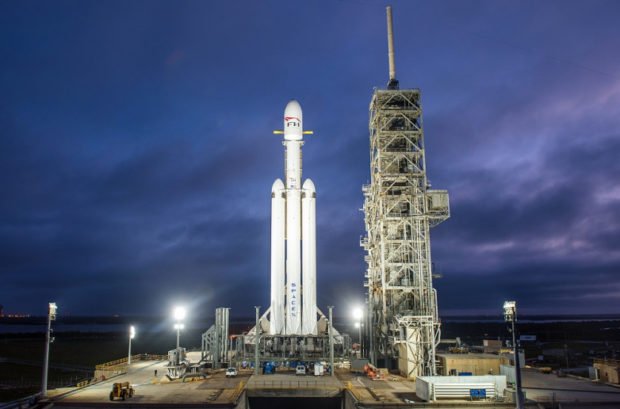 SpaceX has maintained a frenetic pace, launching between 1 and 3 rockets each month for a total of 21 during 2018 and the company’s research and development arms isn’t slowing its pace at all.

Elon Musk’s space company is preparing to test the new Starship test rocket, is headlong into researching a satellite-based global internet technology, is preparing for it’s first manned Dragon missions, and continues preparations for manned missions to the moon and mars with its BFR platform.

Starship test flight rocket just finished assembly at the @SpaceX Texas launch site. This is an actual picture, not a rendering. pic.twitter.com/k1HkueoXaz

In December, SpaceX launched its first national security mission (GPS III) and a satellite for SmallSat Express. This month, the space launch company sent the last 8 of 75 Iridium satellites into orbit.

SpaceX is offering a minimum of eight weeks’ pay and other benefits to laid-off workers, according to a company email. The company will also provide assistance with career coaching, resume help and job searches.

The news of the layoffs comes after Musk’s electric car company, Tesla, announced in June that it was cutting several thousand jobs in a cost-cutting move.

Support Conservative Daily News with a small donation via Paypal or credit card that will go towards supporting the news and commentary you've come to appreciate.
Tags
SpaceX