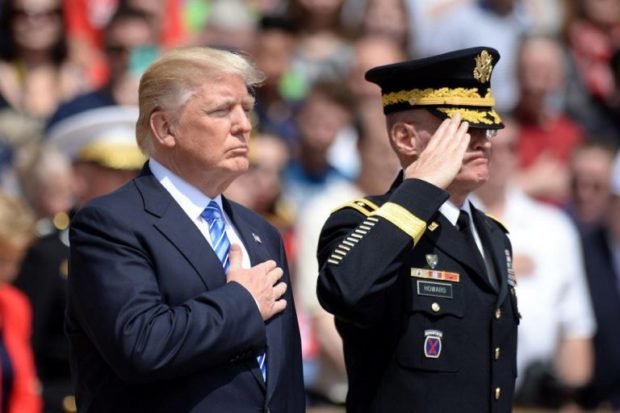 During President Trump’s tenure, he has made it a point to publicly treat the veterans that have served the United States as well as possible. There is much evidence for this, but one noticeable area would be in his tweets. 2018 was no exception, and there is no questioning the fact that President Trump had some very inspiring military-related tweets during this year. Let us look back on some of the best examples:

One of the president’s latest tweets touched on the upcoming retirement of General Jim Mattis from his defense secretary post. Although some had reported that there had been some internal strife within the defense department, if that were true you wouldn’t have known it by President Trump’s tweet. He kept it civil and diplomatic and had nothing but praise for the job that General Mattis did as his defense secretary. He noted how there had been a lot of progress made in the tenure of General Mattis and thanked him for his service. This tweet is an example of the diplomacy that President Trump has, and it was just one of many examples that proved the liberal critics of the president completely wrong.

October 18th: Trump Announces That He Will Post Troops at the Southern Border of Mexico in Order To Promote Security Missions With The Southern States

One of President Trump’s more surprising moves at the time was when he announced that he was going to send active duty troops to the southern states’ border with Mexico in order to support various security missions. Naturally, this move was extremely controversial with liberals (what isn’t, but I digress LOL) but this move does hearken back to when the president made his comment, “When Mexico sends their people, they’re not sending their best. They’re not sending you…and you….and you. They’re bringing drugs, they’re criminals, they’re rapists.” Of course, liberals were up in arms over that comments, but unfortunately for the Kate Steinle family and many others these comments by the now-President definitely ring true. Interestingly enough, the president has actually threatened to attempt to close the border entirely in recent days because of the shutdown fight.

March 25th: Trump Announces That Our Military is Yet Again Doing Well Financially.

On March 25th, President Trump tweeted out, “Our military is again rich.” What he meant by that would be the fact that for the first time in a decade the military spending bill had been passed in a timely fashion. Moreover, Trump’s bill gave the military a huge financial boost for 2018. They were also able to avoid a government shutdown for a number of months.

June 6th: President Trump Announces His Signing of the VA Mission Act, Which Kept One of His Campaign Promises.

When Donald Trump was running for president, he pledged to keep the veterans healthy by expanding their access to different branches of healthcare, including many more options in the private sector. This act was also important in that it required the VA to work on rewriting their community health standards. Of course, this invited accusations that the president was attempting to private the veterans’ health care department, but it only meant that the president wanted veterans to have as many options as everyone else.

August 1st: Trump Announces that POW/MIA Remains Are Now Being Returned From Korea.

The Korean war was a major conflict that occurred between our country and the Koreas in the 1950’s. There have been a number of POW/MIA American veterans who never came home from the conflict. It was through President Trump’s tenacity that the Korean government announced they would be returning 55 boxes of what appears to U.S. veteran remains on this date.

As you can see, not all of President Trump’s tweets are as controversial as the liberals love to point out. Although the Left will never bring this up, President Trump has shown stellar leadership time and again and it has been demonstrated through his tweets. His classy treatment of our vets will force leaders to spend tax dollars on them and that will help our vets get whatever aids they would need, like crutches, specialized wheelchairs, medicine and other necessities, instead of illegal immigrants who shouldn’t be here in the first place.