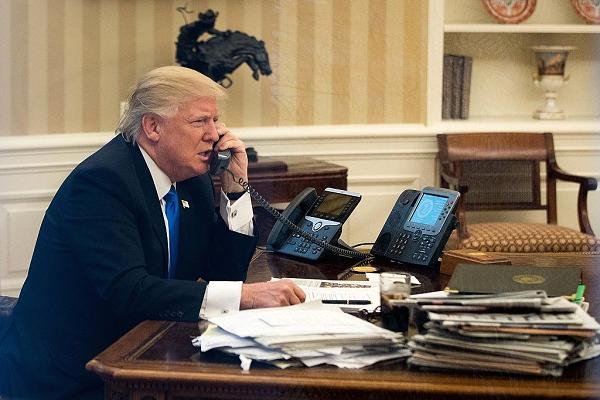 President Donald Trump spoke Tuesday with Venezuelan Interim President Juan Guaido to congratulate him on his historic assumption of the presidency and to reinforce Trump’s strong support for Venezuela’s fight to regain its democracy,” the White House said in a statement.

Guaido thanked President Trump for his commitment to freedom and prosperity in Venezuela.

There are several large protests expected to occur Wednesday and Saturday as the public continues to pressure Nicolas Maduro out.

Trump and Guaido agreed to maintain regular communications and rebuild the U.S. – Venezuela relationship as the Latin American country returns to a path to stability.

Maduro illegally called for early elections last year and used intimidation tactics against opposition candidates. A legal election should have been held in December, but was not, thereby creating a vacancy in the presidency, according to Venezuela’s constitution. Guaido legally assumed the role of interim president until a free and fair election can be held.

Support Conservative Daily News with a small donation via Paypal or credit card that will go towards supporting the news and commentary you've come to appreciate.
Tags
Juan Guaido Trump Administration Venezuela