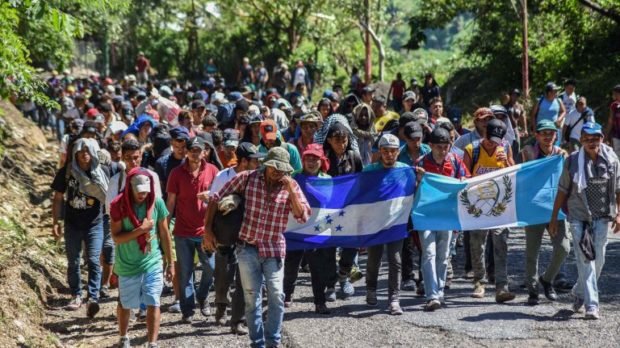 The latest Migrant Mob of Central American nationals is headed for the U.S. border and, as of Friday, it’s population is over 12,000, according to local reports.

The latest iteration of the Migrant Mob is making its way through Guatemala to the Mexican border where some will apply for humanitarian visas which will allow them to live and work legally in Mexico, but it is believed that the majority of the Mob will continue on the United States to either request asylum there or enter illegally. Most of those that request asylum will be required to wait in Mexico while their request is processed.

The border patrol has implemented a policy at the San Ysidro port of entry that requires asylum seekers to wait in Mexico while their claims are adjudicated. It is expected that the policy will go into effect at other border entry points ahead of the newest mob’s arrival.

It is unclear whether the mob will travel as a single group or break apart to make it more difficult for officials to track them. Some are expected to enter the U.S. illegally as their criminal records, and/or illicit cargos will immediately make asylum unavailable to them.

The Border Patrol and President Trump have advocated for physical barriers at the border to stem the tide of illegal aliens, drugs, and human trafficking, but Democrats have ignored the pleas of border agents and are resisting all attempts to fund their requests.

Support Conservative Daily News with a small donation via Paypal or credit card that will go towards supporting the news and commentary you've come to appreciate.
Tags
Illegal Aliens Illegal immigration Migrant Mob