House Democrats plan on going after Donald Trump Jr. with their first use of subpoena power since taking over as the majority party on Jan. 3.

Democratic California Rep. Jackie Speier, a member of the House Intelligence Committee, said “Donald Trump Jr.” would be the first person called in before the committee in 2019, saying she believes there were multiple people who have already testified that were not being truthful, in a Tuesday night speech to the Women’s National Democratic Club in Washington.

“There are a number of persons that testified before the committee that I feel were not telling the truth,” Speier said, according to The Washington Examiner. 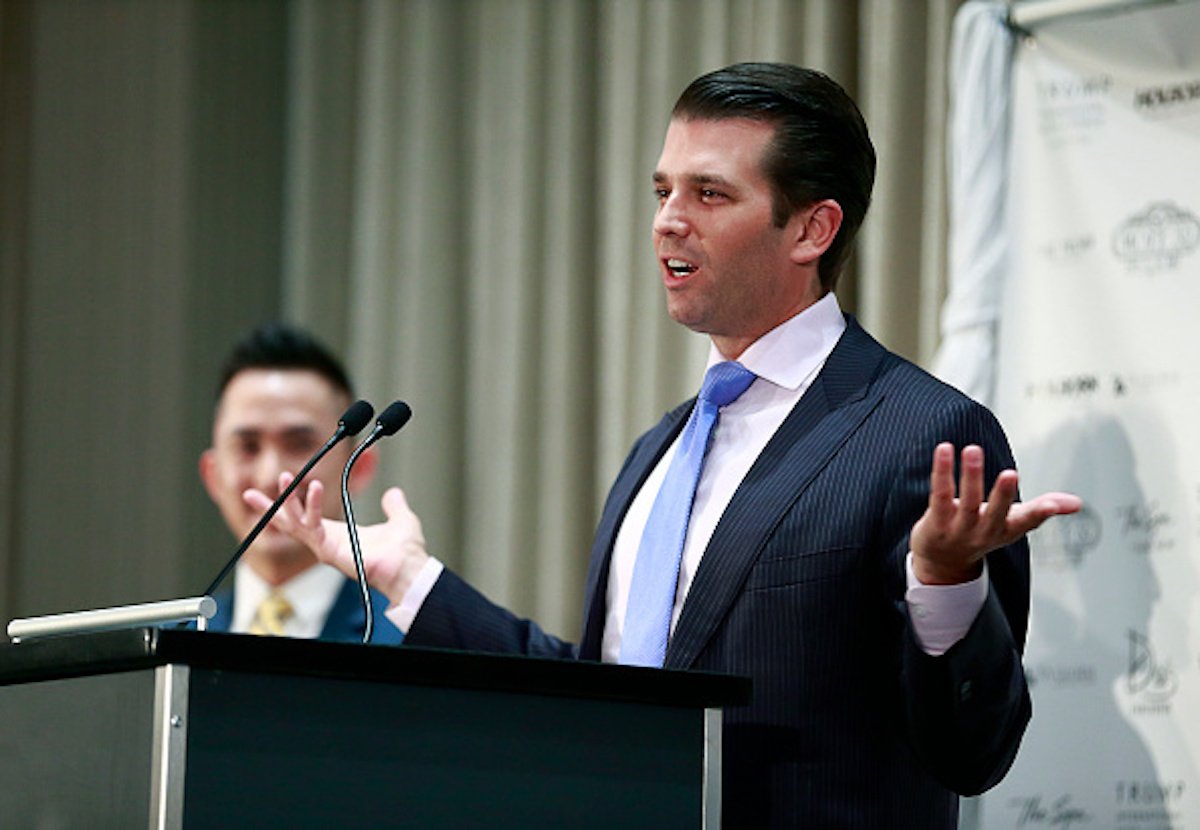 Donald Trump Jr. delivers a speech during a ceremony for the official opening of the Trump International Tower & Hotel on February 28, 2017 in Vancouver, Canada. (Photo by Jeff Vinnick/Getty Images)

Trump Jr. was falsely accused of lying in front of the Senate Judiciary Committee by NPR in late November, regarding a deal with Trump Tower in Moscow. The news organization later issued a long editor’s note to the article. However, the piece was never retracted.

The president’s eldest son has denied any wrongdoing since the beginning of the probe, saying in a September interview that he is not worried about legal trouble in the special counsel’s Russia probe.

“I know what I did, and I’m not worried about any of that. That doesn’t mean they won’t try to create something, I mean, we’ve seen that happen with everything. But, again, I’m not,” Trump Jr. said in the interview with ABC’s “Good Morning America.”

Speier’s office did not immediately respond for comment when asked why Trump Jr. would be the first person subpoenaed by the committee.

Support Conservative Daily News with a small donation via Paypal or credit card that will go towards supporting the news and commentary you've come to appreciate.
Henry RodgersJanuary 9, 2019
Facebook Twitter Reddit Telegram Share via Email Print