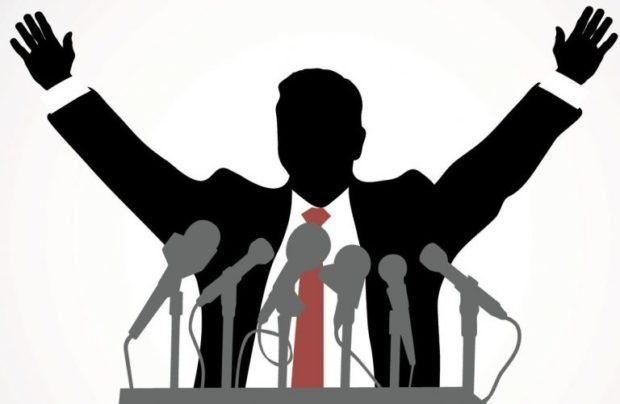 Only one of the 44 men who held the presidency of the United States of America were divorced. For most of the history of the United States, the inability of a politician to establish relationships in his own family was unacceptable for Americans. However, times are changing. In recent years, many American politicians are currently getting divorced. The same thing happened to the Georgian state. But let’s speak about US presidents first.

Many owners of the White House cheated on their wives. Sometimes the public knew it, but they were not divorced. As it is believed, primarily from political considerations (Bill Clinton was the last example of this). Only one person – ultraconservative Ronald Reagan, won the presidential election, having a divorce.

In 1938, the favorite actor Ronald Reagan fell in love with the famous actress Jane Wyman on the set of the film and married her two years later. It was the first marriage of Reagan and the third marriage of Wyman.

Reagan’s biographers note that it was a problematic alliance. First of all, because both Reagan and Wyman were not ready to make sacrifices for the sake of the family — they made careers. Reagan not only became a Hollywood star, but he was also elected president of an influential trade union, the Film Actors Guild. Wyman was a liberal and sympathized with the Communists, and Reagan considered communism as a terrible evil.

Wyman won the Oscar in 1947 and filed for divorce at the same time. It was rumored that one of her partners in the set fascinated her. In court, Wyman accused her husband of psychological cruelty and a year later received a divorce. At that time, Reagan was 37 years old.

After that, Jane Wyman married twice more (and on the same person). And Reagan met with actress Nancy Davis in 1952, two years later he married and lived happily with her for the rest of his life. However, Nancy, unlike Jane, abandoned her acting career and devoted herself to her husband. Two children were born in their marriage.

The spot of divorce did not prevent Reagan from becoming the first ever actor who took the post of governor of California and then twice won the presidential election. Moreover, he won the election, receiving a record number of votes and becoming the oldest president in the history of the United States. It is worth noting that Reagan was elected president in 1981, several decades after the collapse of his first family. During the presidential election campaign, the topic of Reagan’s divorce was practically not discussed.

In this story, one thing is indicative. Being the governor of California in 1970, he initiated the adoption of the first law in the United States, which repealed the existing legal norm obliging divergent spouses to prove that their partner had violated marital vows. For example, to record the fact of adultery committed by husband or wife. Later, similar laws were passed in all other US states.

For a long time, divorces in the USA were a very disreputable affair. In many respects, this happened because America has always been a religious country, and the main Christian denominations revere the institution of marriage. The liberalization of marital law coincided in time with a decline in the authority of religious dogma. In the period from the 1960s to the 1980s, the divorce rate in the United States doubled.

But then the process went in a different direction. The number of divorces began to decline gradually. However, the Americans were much later and less likely to marry. However, according to the United States Census Bureau, if in the mid-1960s there were 9.2 divorces per 1,000 married women, now it is 20.9. And now we can refer to the number of divorces in Georgia in 2018. It grew a lot.

Many studies show that the growth of divorces has played a decisive role. American women are less likely to suffer from family violence.

The Gallup service regularly interviews Americans, figuring out their attitude to various kinds of moral issues. Over the past decade, about seven out of every ten residents of the United States have stated that they do not consider divorce as something unacceptable. For comparison, only 5-6% of respondents calmly relate to adultery.

It is curious that in the United States noticeably more divorces occur in states that traditionally support conservatives and are more religious than in more liberal and less religious states. Georgia is one of thus states. It is customary to explain this, in particular, by the fact that in conservative states people from families earlier, they are less educated and earn less.

The National Marriage Project annually publishes reports that analyze the state of the American family. According to the latest research (information for 2012 is summarized), about half of marriages now end in divorce.

However, the chances of a divorce in the first ten years of marriage are reduced by 30% if the family income exceeds 50 thousand dollars a year. 25% – if the spouses have a higher education. By 24% if during the first year of marriage a child is born in the family and if the spouse is over 25 years old. By 14% if the parents of the husband and wife are married.

A study of the University of Redford, published in 2012, showed that there are professions in the United States whose owners are the most and the least prone to divorce. Divorces among professional dancers and choreographers, bartenders and massage therapists are high. And they are rare among agricultural engineers, sales professionals, and optometrists.

The same study showed that Americans call communication problems, betrayal, and financial problems as the three main reasons for divorce.

Election practice shows that divorces, including scandalous ones, have lately been capable of undermining a politician’s reputation, but to a much lesser extent than decades ago.

So, for example, the scandalous stories of divorces of presidential candidates Newt Gingrich and John Edwards did not destroy their reputation, they lost for other reasons.

Now in the USA, there are four divorced governors (out of 50). Colorado Governor John Hickenlooper is not divorced but officially announced that he lives separately from his wife (usually this stage precedes the divorce).

The influential mayor of New York, Michael Bloomberg, lives with his girlfriend, in the House of Representatives of the US Congress, 28 divorced legislators now sit in the Senate. The same happened this year with Georgian’s governor Deal Nathan. His scandalous divorce did not affect his political career at all.