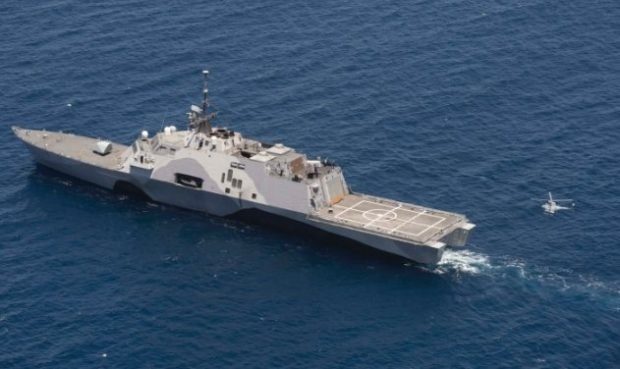 The future USS St. Louis, designated LCS 19, honors Missouri’s major port city along the Mississippi River. She will be the seventh ship to bear the name St. Louis. The first was a sloop of war, the second a Civil War gunboat, followed by a Spanish-American War-era steamer troop ship, a World War I cruiser, a World War II light cruiser, and a Cold War-era attack cargo ship.

The principal speaker will be U.S. Sen. Roy Blunt from Missouri. Barbara Taylor, wife of Andy Taylor, chairman of Enterprise Holdings, will serve as the ship’s sponsor. In a time-honored Navy tradition, she will christen the ship by breaking a bottle of sparkling wine across the bow.

“The future USS St. Louis honors not just the great city of St. Louis, Missouri, but also the skilled industrial workforce who built this ship,” said Secretary of the Navy Richard V. Spencer. “This christening marks the transition of USS St. Louis being a mere hull number to a ship with a name and a spirit, and is a testament to the increased lethality and readiness made possible by the combined effort between our industrial partners and the Navy and Marine Corps team.”

The future USS St. Louis is a fast, agile, focused-mission platform designed for operation in near-shore environments as well as the open ocean. It is designed to defeat asymmetric “anti-access” threats such as mines, quiet diesel submarines and fast surface craft.