When Ann Coulter pitched her fit about the lack of progress made toward building a wall on our southern border, I understood her frustration because I felt the same way. 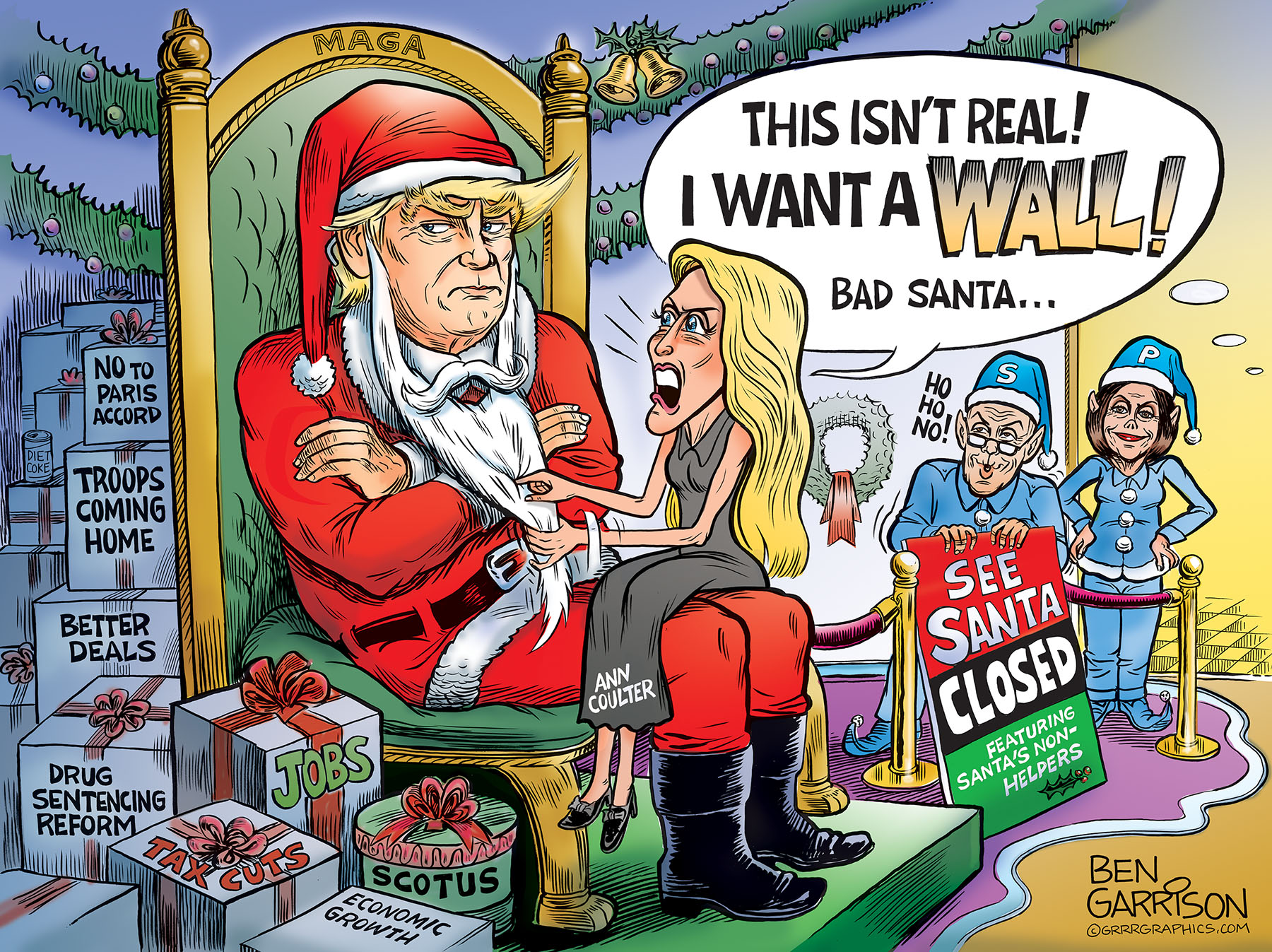 Two years have elapsed and we still have open borders for the most part, despite the wall being THE cornerstone promise of Trump’s campaign. When the President caught wind of Ann’s tirade against him, he promptly unfollowed her on Twitter. Now we see that he really is doing his best to fund the wall and he’s willing to let the government shut down to get it.

I know Ann is very smart and she must realize that the president is not Santa Claus. He can’t give us the gift of a wall by magic. It takes bi-partisan cooperation in Congress, where spending bills are considered. Corrupt politicians such as Chuck Schumer and Nancy Pelosi aren’t about to cooperate, though. Their Trump Derangement Syndrome has rendered them irrational.

We should be grateful he was elected instead of crooked Hillary. I’m against war—especially our seemingly never-ending ones and I’m very grateful he plans on finally withdrawing our troops from the useless, senseless wars in the Middle East and in Afghanistan. They are only useful to the military industrial complex and the globalist bankers.

I’m grateful that he’s standing up to the Federal Reserve, which seems bent on destroying the economy that Trump is beginning to help restore. I’m grateful that he’s standing up the Deep State Swamp and attempting to drain it. It all takes time, but I’m grateful we finally have a nationalist president who is doing his best to help provide prosperity and protection to American citizens. Too many previous presidents were globalists who did their best to destroy our country. They did not put America first. They New World Order interests first. Yes, this includes both Skull and Bones Bush presidents, who were war criminals.

It may take time, but I believe President Trump will start building the wall, even if he has to assign our own military to see to its construction. After all, it’s a matter of national security. Ann Coulter may be tugging on Santa’s beard now out of frustration, but I think she will come around. Trump is a gift to this nation.

A very Merry Christmas and a Happy New Year to you and yours! #StayTooned!

The Best way to spread Christmas Cheer, is a Christmas Cartoon that comes once a year!   Original Ben Garrison Christmas cartoon- a one of a kind Christmas gift! 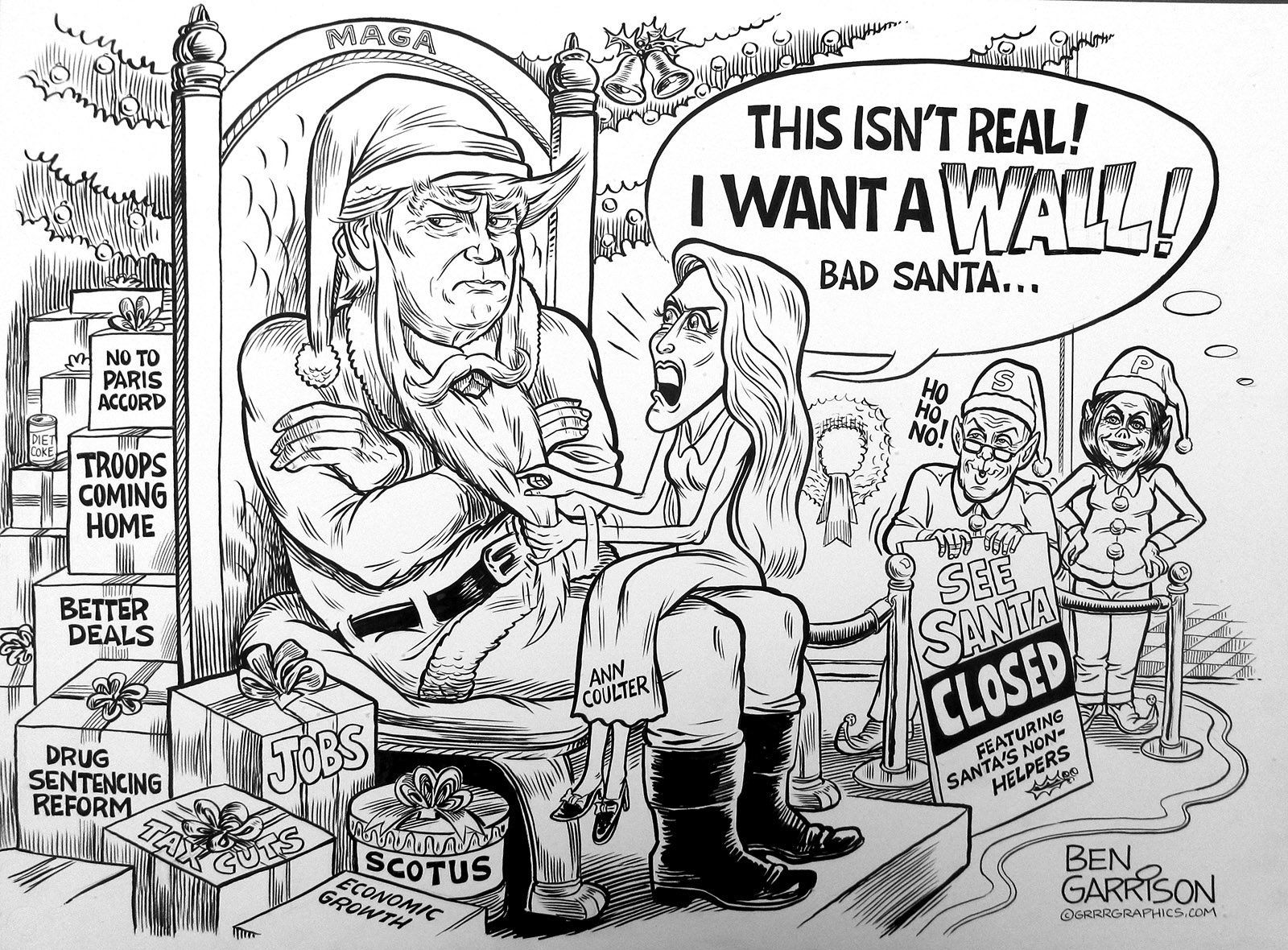