What is the focus of the Mueller investigations? 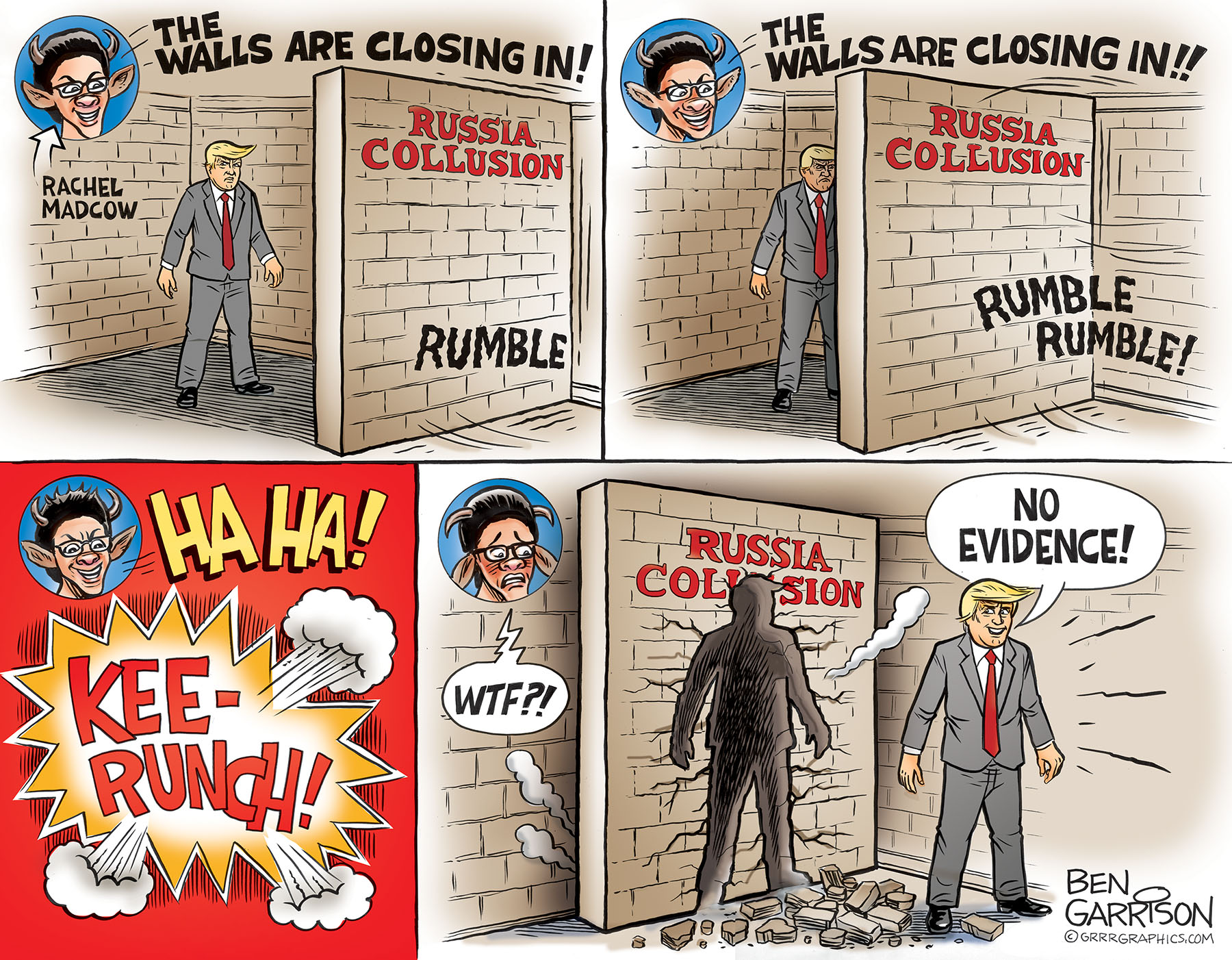 The Mueller investigation’s biggest accomplishments so far are:

I listened to a recent Jimmy Dore podcast on YouTube. Naturally, I disagree with his progressive politics, but he’s one of the few journalists on the left who is pointing out the gross corruption of Hillary Clinton and the Deep State. Dore knows the Russian collusion charge against Trump is nonsense. During his program, he played recordings of various talking heads repeating dramatic lines suggesting that Trump is in big, big trouble due to his so-called “Russia collusion.” The most common phrase they spouted was, “The walls are closing in on Trump.” Hence my cartoon.

Rachel Maddow, in particular, has a severe case of Trump Derangement Syndrome. Her relentless ‘Trump colluded with Russia’ hysterics are based on hope and emotion, not reason or facts. There is no evidence that Trump colluded with Russia. Yet many on the left hate Trump with a passion and so they continue to desperately embrace the lie. Talk about bitter clingers!

Mueller’s expensive Russia collusion investigation has run into his own brick wall. That’s why he is flailing about for process crimes such as lying to the FBI. They harassed and threatened General Flynn and sprung deceptive traps on him. They also want to trap Trump in such a manner. The FBI’s behavior is disgraceful, especially since the real criminal and Russia colluder, Hillary, continues to skate.

The Deep State swamp needs walls to be perpetually closing in on Trump. At the same time, they are denying him a useful wall on our southern border. 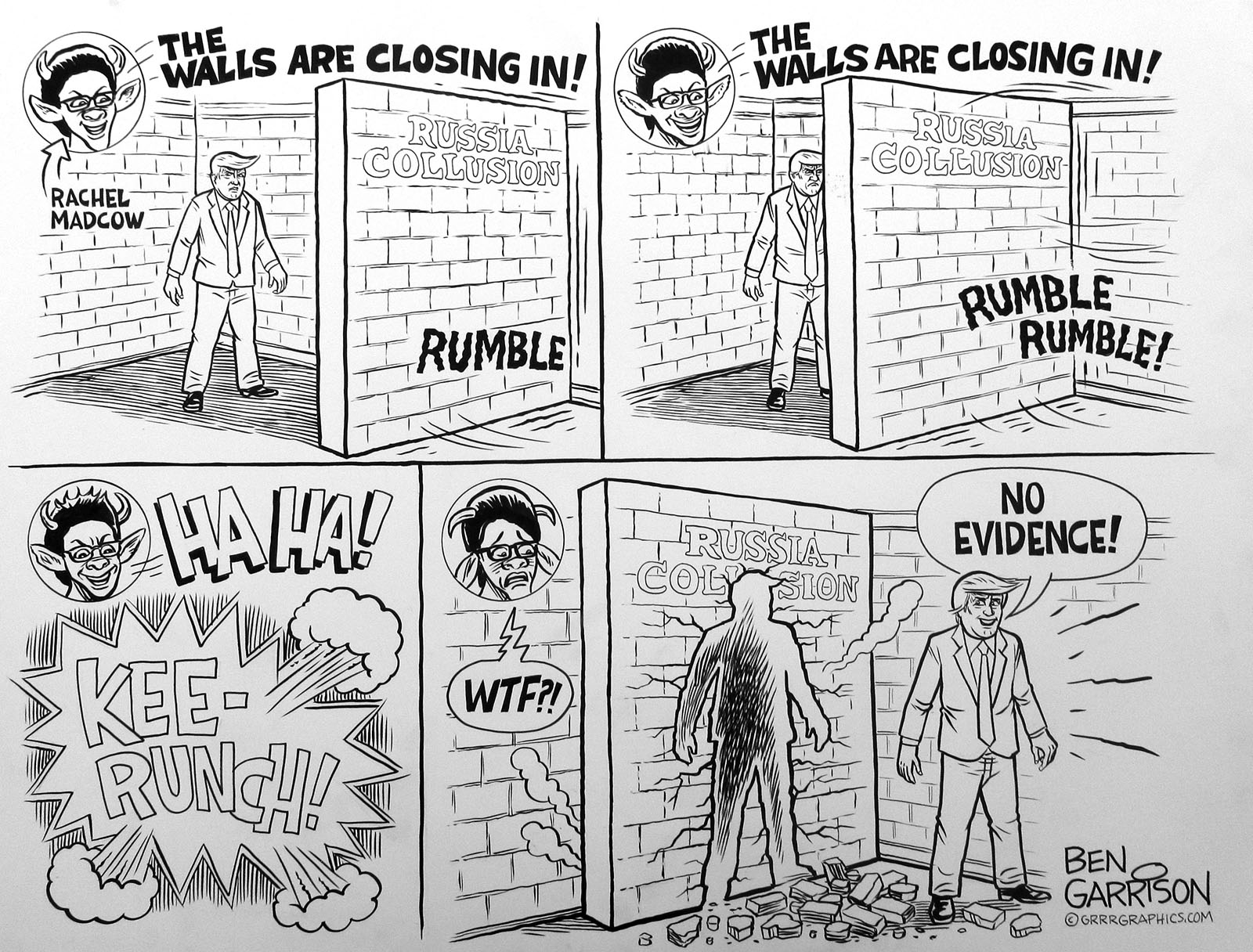 Support Conservative Daily News with a small donation via Paypal or credit card that will go towards supporting the news and commentary you've come to appreciate.
Tags
Russia Russia collusion 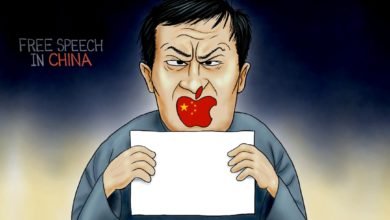