Mattis spoke of relationships with allies, his agreement with Trump that the U.S. should not the policeman of the world and appreciated the achievements that the administration had made on rebuilding the military. The Defense Secretary then concluded his resignation letter saying: “Because you have the right to have a Secretary of Defense whose views are better aligned with yours on these and other subjects, I believe it is right for me to step down from my position.”

The president has ordered the withdrawal of troops from Syria and is reportedly asking the Joint Chiefs of Staff for a plan to do the same in Afghanistan although it is unclear whether bringing the troops home is the source of Mattis’ sudden resignation.

“He and the president have a good relationship,” White House Press Secretary Sarah Sanders told reporters. “But sometimes they disagree.” 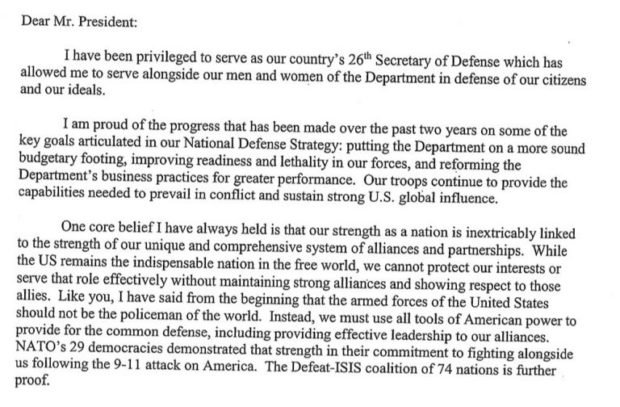 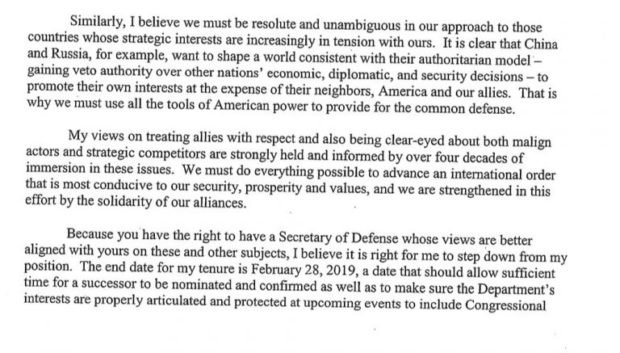 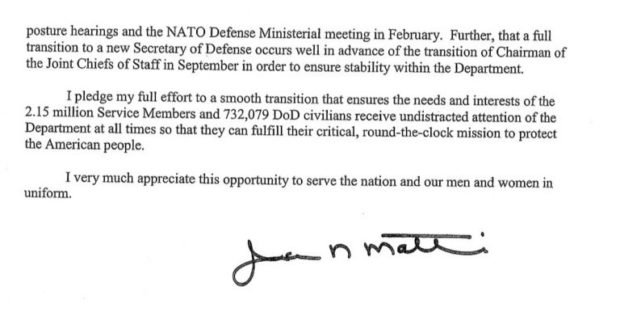 Support Conservative Daily News with a small donation via Paypal or credit card that will go towards supporting the news and commentary you've come to appreciate.
Tags
James Mattis the Department of Defense Trump Administration