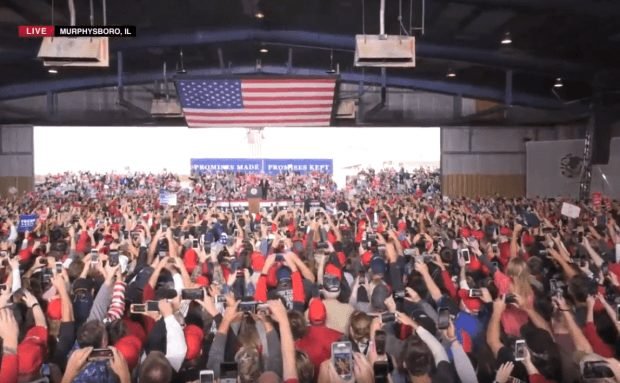 Tester’s campaign is beginning to show signs of losing ground after Tester falsely claimed that the White House prevented him from talking with Brett Kavanaugh then voted against his confirmation. The NRA and Gun Owners of America have awarded Tester with failing grades for his lack of support for the second amendment. Anti-gun group The Brady Campaign gives him a 100% rating.

The rally will begin at 12:30 p.m. MDT. Live streams will update as they come online.

Support Conservative Daily News with a small donation via Paypal or credit card that will go towards supporting the news and commentary you've come to appreciate.
Tags
Belgrade Donald Trump rallies Montana