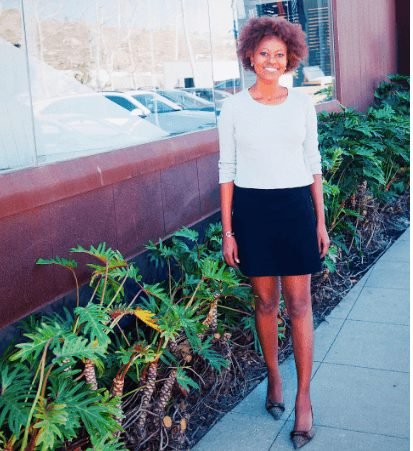 Has the credit score, a widely accepted primary indicator of responsibility, been replaced by a search engine? The first thing employers do in modern hiring processes is Google the candidate for any incriminating spring break pictures or foot-in-mouth Facebook posts.

In 2012, Huffington Post stated, “As good as Google is at providing information, it should not be allowed to conduct business as usual. It must be regulated, just as the phone companies and credit bureaus are regulated. Fundamental civil liberties issues are at stake.”

With everyone Googling everyone, we now live in a world where you are what the internet says you are.

This is a parallel universe compared to the world of Google, which is essentially a free-for-all.  Successful black landlord from San Francisco, Anne Kihagi, didn’t exist in the internet world until the city attacked her because she was not playing by the city’s unspoken rules. Now, thrust into their political warfare, Ms. Kihagi quickly realized that the City Attorney’s strategy of demonizing her was not an accident. Once you are labeled an enemy, they can direct how the case proceeds. Cases that used to be litigated in the courtroom are now intentionally prejudicially run in the press, so the courts and juries can prejudge you.

Just like everyday people, lenders are also doing their Google research. There is nowhere in the lending industry that says they can deny a loan based on a Google search. Let’s look closely at the lender rules:

Under the Equal Credit Opportunity Act (ECOA), a creditor may not discriminate against an applicant based on the applicant’s race, color, or national origin “with respect to any aspect of a credit transaction” (15 U.S.C. § 1691).

But the ECOA does not say they can’t discriminate based on Google findings. This means that lenders are now rejecting your loan, despite an almost perfect credit score, because of what they read on Google – as we said, you are what Google says you are.

Another Huffington Post 2012 article brilliantly raised the issue: “Given the power of search, and given Google’s enormous market share in search… if Google really can and does influence what we can find, does this represent a novel and subtle form of abridgement of our first amendment rights? That is, if Google can influence what we hear, does that impinge upon our rights not only to speak, but to hear and to be heard?”

In the old days when credit scores were king, we all knew that paying on time could keep us in good standing. That was the surest measure of your likelihood to perform on any loan. But now, lenders have added a much more difficult hurdle – the internet – so you can forget your 760 FICO score. In the old days, they had to send you a letter explaining why your loan was rejected, and it usually had to do with your credit score. Now, the letter simply states “DENIED.” This is a new world of abuse and worth reflection, as it is impacting many who are not aware of it.

The lenders have now relied on Google to decide the fate of your loan. You cannot take your fight to Google, as there are no procedures nor regulations on how to challenge incorrect articles. For instance, Ms. Kihagi won two appellate reversals of erroneous lower court rulings, but some media posted that she went to jail – which never happened. Instead of reporting on the injustice that a judge had tried to create an illegal and void injunctive order and threatened Ms. Kihagi for questioning such an order, the negative article hosts refuse to respond to the directive of the Appellate Court that declared the order completely void. One site went out of business, so Ms. Kihagi contacted Google directly. Their response? Not their problem, unless she returned to court with an instruction directing Google. Of course, Google’s investigative team could read the actual legal ruling, but that didn’t matter.

Yet it quickly becomes a problem for the victim of these uncorrected lies, whose lenders, friends, and neighbors are forever influenced by these search results that they don’t know are inaccurate. But whereas credit companies would recognize the dangers in allowing such errors, Google does not take responsibility or action.

The power of the Internet to impact your business and livelihood is unprecedented. There is of course room for the internet and tech companies in changing the way we do business, but should a search engine be our only measure? There was a reason that, as a society, we held credit companies accountable; in the same way, the search engines should be held accountable when misleading information on their sites can affect your business, livelihood, employment, and quality of life.