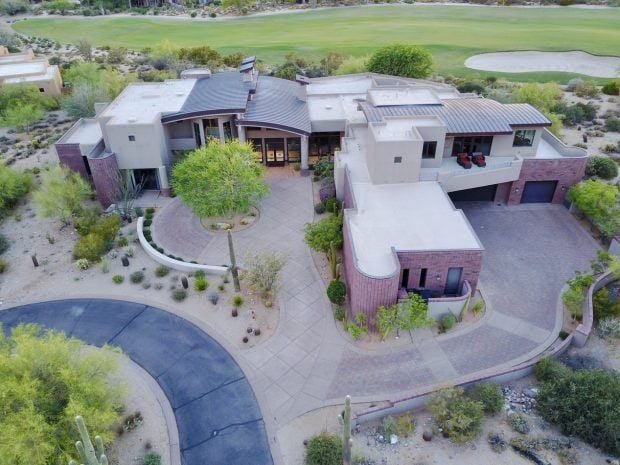 Luxury home prices rose 3.2 percent year over year to an average of $1.7 million in the third quarter of 2018, according to Redfin, the next-generation real estate brokerage. This is the lowest growth rate since the fourth quarter of 2016, when prices were up 1.1 percent from a year earlier. The Redfin analysis tracks home sales in more than 1,000 cities across the country and defines a home as luxury if it is among the top 5 percent most expensive homes sold in the quarter. The average price for the bottom 95 percent of homes was $343,000, up 3.6 percent in the third quarter compared to a year earlier, but down from the second quarter’s 5.1 percent growth rate.

“A great deal of the slowing price growth among luxury homes can be explained by the stock market, a strong indicator of luxury homebuyers’ wealth, or at least their perceived wealth,” said Redfin chief economist Daryl Fairweather. “The stock-market fluctuations that began last quarter likely caused some uncertainty among wealthy individuals, which has made luxury buyers more sensitive to price. The swings many people have been watching in their stock portfolios have only grown more frequent in recent weeks, so we expect this trend of slowing luxury home price growth to continue at least into the end of the year.”

Luxury homes went under contract after an average of 65 days on market, eight fewer days than in the third quarter of last year, and tied with the second quarter for the fastest pace on record since Redfin began tracking this metric in the first quarter of 2009. The market for non-luxury homes also sped up in the third quarter, with homes spending an average of 49 days on market, nine fewer days than last year.

“We have seen homes go under contract faster every year since 2015. Buyers are able to look at more homes more quickly in part thanks to real estate technology,” said Fairweather. “For example, a potential home buyer can use Redfin’s website to go on virtual tours, or immediately book a home tour using Redfin’s book-it-now feature.”

Cities with the Biggest Luxury Price Gains and Declines

Sales of Luxury Home Were Up 3.2 Percent, Smallest Growth Since Early 2016

Support Conservative Daily News with a small donation via Paypal or credit card that will go towards supporting the news and commentary you've come to appreciate.
Tags
home prices real estate