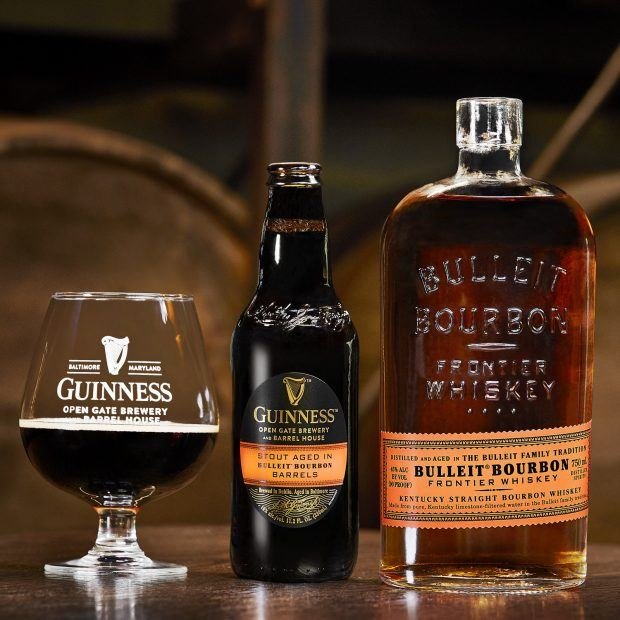 “Our story as brewers began more than 250 years ago in Dublin, and those Irish roots will absolutely always be a key part of who we are, but beer has evolved in so many ways since then,” said Brand Director, Emma Giles. “It’s hard to deny that the U.S. is the center of the universe as far as beer innovation is concerned. Now that we have a permanent home here with some of the most talented brewers the country has to offer, the potential to blend our brewing expertise with American creativity is virtually endless.”

For the better part of 200 years, all Guinness – no matter which beer or where in the world – was stored, and shipped in barrels. The new brewery intends to recapture the tradition of Guinness brewers maturing beer in wood barrels through its ongoing release of barrel-aged beers. Located just 10 miles from downtown Baltimore, the Open Gate Brewery & Barrel House is conveniently located and part of an exciting and growing brewing scene in Maryland. The grounds of the new brewery couldn’t be a more fitting home for barrel-aging beers – the location originally served as the Maryland Distilling Company, a post-prohibition distillery opened in 1933.

As part of a worldwide community of Diageo brands, Guinness has access to an incredible supply of barrels from some of the most talented spirit makers in the world, from Bulleit Bourbon to Don Julio Tequila to Zacapa Rum. After establishing a brewery stateside, Guinness chose to partner with fellow Diageo brand, Bulleit, on the first Guinness barrel-aged beer out of Baltimore. The toffee and caramel notes from the barrels were sought out to help balance the bittersweet profile of the Antwerpen Stout. The deep roots of Bulleit in America will also help strengthen Guinness’ growing U.S. presence.

“The best part about barrel-aging any beer is that you get the chance to pull the flavors of the wood and liquid previously aged in it,” said Senior Brewer at the Open Gate Brewery & Barrel House, Sean Brennan. “We’ve already started to think about what we’ll be experimenting with next, but we couldn’t be more pleased with our first go at using barrels from our friends at Bulleit. This beer is something special, and one to be sipped slow and savored.”

With powerful and full-bodied notes of bittersweet chocolate and aged fruits, the stout spent eight months aging in Bulleit Bourbon barrels, adding a layer of oaky richness and complexity to the beer.

“Bulleit and Guinness share some common ground in a strong and sincere commitment to innovation and development. We’re excited to join forces as their first partners during the beginning of this new brewing operation,” said Bulleit Whiskey Quality Blender, Eboni Major.

On shelves in a very limited supply and on tap at the Open Gate Brewery & Barrel House until the end of the year, Guinness Stout Aged in Bulleit Bourbon Barrels has an ABV of 10% and 52 IBUs and is available in the U.S. in four packs of 11.2oz bottles for a suggested retail price of $19.99.

Support Conservative Daily News with a small donation via Paypal or credit card that will go towards supporting the news and commentary you've come to appreciate.
Tags
Beer

Don’t Rely on Vinegar to Disinfect

8 Things You Can Do to Survive Tough Times