Members of the caravan on Sunday rushed the border at the San Ysidro port of entry, which connects Tijuana, Mexico and San Diego, California.

U.S. Customs and Border Patrol closed the port of entry in response and reportedly used tear gas to disperse the crowd of migrants.

Ocasio-Cortez took to Twitter to denounce the treatment of the caravan members. 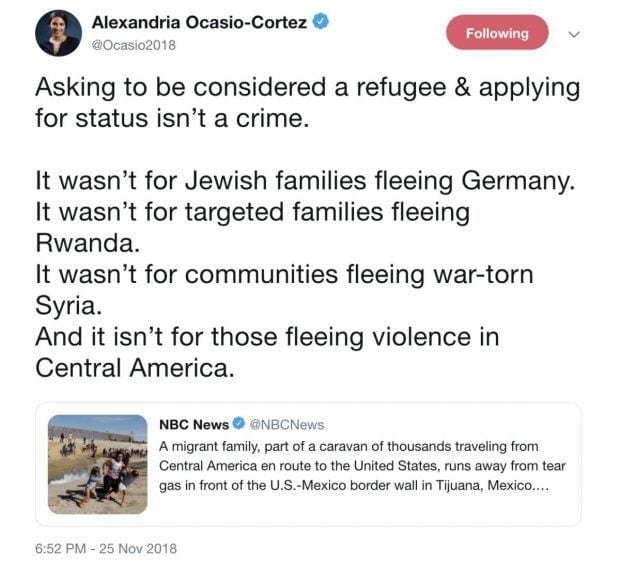 “Asking to be considered a refugee & applying for status isn’t a crime,” she wrote.

Some of the caravan members reportedly threw rocks at American authorities before tear gas was used.

President Donald Trump in recent weeks has increased pressure on Mexico to do more to stop future caravans before they reach the US-Mexico border.

Support Conservative Daily News with a small donation via Paypal or credit card that will go towards supporting the news and commentary you've come to appreciate.
Tags
Alexandria Ocasio-Cortez Illegal immigration Migrant Mob