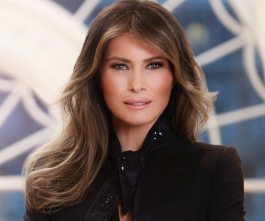 First lady Melania Trump’s favorability rating has rebounded after lagging during the summer months, according to an SSRS poll released on Friday.

The poll shows 54 percent of respondents viewed Melania favorably, up three points from June and down three points from her highest rating in May. Alternatively, her unfavorability rating has remained relatively consistent at around 30 percent.

She is viewed highly among Republicans and Independents, with a rating of 83 percent and 55 percent, respectively. However, among Democrats, only 28 percent view her favorably, with 56 percent of Democrats viewing her as unfavorably.

The SSRS poll was conducted for CNN while Melania was embarking on her first solo international trip as first lady, where she visited four African countries.

During the trip, Melania notably sat down for an interview with ABC’s Tom Llamas where the famously private first lately opened up about various topics including her husband’s alleged affairs, her thoughts on the #MeToo movement and her wardrobe.

The first lady stirred up controversy in June when she wore a jacket with the words “I Don’t Care, Do U?” on her way to visit a children’s detention center in Texas.

“It was for the people, and for the left-wing media who are criticizing me, and I want to show them that I don’t care,” Melania told Llamas. “You could criticize whatever you want to say, but it will not stop me [from doing] what I feel is right.”