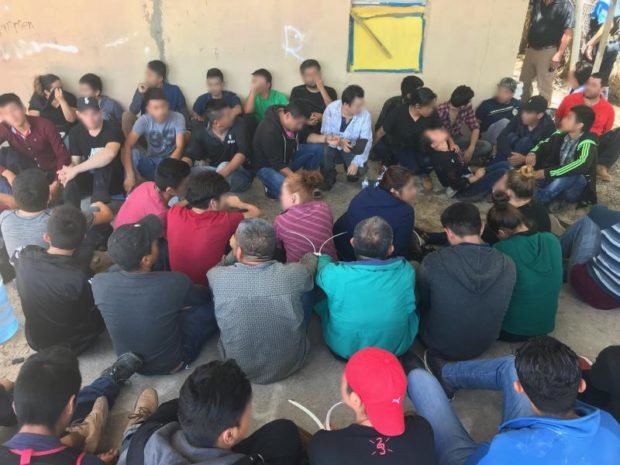 Tuesday, Rio Grande Valley Border Patrol agents received information of a possible stash house operating in Roma, Texas. Agents, HIDTA and HSI TFO agents arrived to the suspected location and upon arrival discovered 40 illegal aliens inside the residence. The illegal aliens were from the countries of Mexico, Honduras, Nicaragua, El Salvador and Guatemala.

The Border Patrol is processing all subjects accordingly.

The Border Patrol is likely stepping up operations as the ‘Migrant Mob’ of nationals from Central American countries is headed towards the U.S. Border. President Trump said Thursday that the invasion is a national emergency and that he is activating the military to defend the border against it.

“I am bringing out the military for this National Emergency,” he tweeted. “They will be stopped!”

Brandon Judd of the National Border Patrol Council is right when he says on @foxandfriends that the Democrat inspired laws make it tough for us to stop people at the Border. MUST BE CHANDED, but I am bringing out the military for this National Emergency. They will be stopped!

Support Conservative Daily News with a small donation via Paypal or credit card that will go towards supporting the news and commentary you've come to appreciate.
Tags
Illegal Aliens Illegal immigration the Border Patrol