This past week, three new bills that passed the Maryland state legislature were formally signed into law by Governor Larry Hogan and became law.

Maryland has long been one of the bluest states in the country with overwhelming majorities from the Democratic Party in both houses of the state legislature. As a result, it was no surprise that the bills were easily passed through the legislature.

Even though Governor Hogan is a Republican, he has broken from the typical positions of his party by indicating his support for gun control measures. At a recent gubernatorial debate with his Democratic challenger, Ben Jealous, Hogan justified his signing of the new laws by arguing that the loopholes in the already tight gun control laws in Maryland needed to be closed.

The three specific bills that became law were a so-called ‘red flag’ law, a ban on bump stocks and other firing rate-increasing devices intended for use with semi-automatic rifles, and another bill that closed off a loophole for domestic abusers in Maryland owning guns.

The red flag law allows medical professionals, family members, and law enforcement officers to restrict firearms from those who are deemed to be a risk to themselves or to others.

The bump stock ban echoed similar bans that were passed in California, Florida, Hawaii, and Washington, to name a few states. The legality of bump stocks on the Federal level currently remains unclear for the future.

On March 23rd, President Trump directed the United States Department of Justice to re-classify bump stocks as machine guns and thus ban the sale and possession of them nationwide. However, the rule has yet to become final, which means that for the time being they do remain legal.

Finally, the third law closed a previous loophole that did not require convicted domestic abusers in Maryland to give up their guns *if* they were owned before being convicted. Under the new law, even if a convicted domestic abuser residing in Maryland purchased firearms before being convicted, they will still be required to give their guns up either to law enforcement or to a licensed firearms dealer.

The Future of Maryland’s Gun Laws

These laws add to the already tough gun laws in Maryland. For example, the state bans the sale of magazines that hold more than ten rounds as well as semi-automatic rifles with military features like the AR-15 rifle or AK-47.

That being said, the legislature is already discussing further tightening laws for the next session following more shootings in the state.

Therefore, based on the heavy Democratic bent in the state already, it remains very likely that we can expect more gun control laws to go into effect in the state in the upcoming years.

Support Conservative Daily News with a small donation via Paypal or credit card that will go towards supporting the news and commentary you've come to appreciate.
Tags
Gun control gun rights 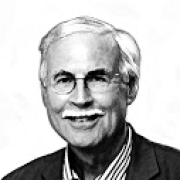