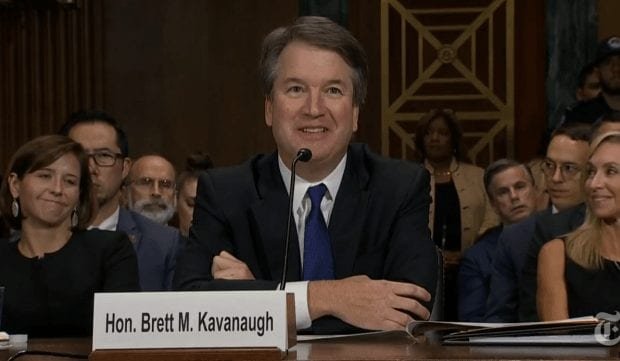 On Friday, President Donald Trump ordered the FBI to perform a supplemental investigation in order to update Judge Brett Kavanaugh’s background check with information from Christine Blasey Ford, the people she named in her allegations, and other accusers that came out just ahead of Kavanaugh’s confirmation vote.

Mark Judge, Kavanaugh’s high school buddy and the one other person in the room when Ford says she was accosted by Kavanaugh, has already said he would cooperate with any law enforcement inquiry as long as it remained confidential, according to a letter from his lawyer.

“In response to the Committee’s request for information, I, MARK JUDGE, declare: The allegations in the Swetnick affidavit are so bizarre that, even while suffering from my addiction, I would remember actions so outlandish. I categorically deny them,” Judge, a recovering alcoholic, said in the letter.

“I do not know Julie Swetnick,” he continued. “I do not recall attending parties during 1981-1983 when I fondled or grabbed women in an aggressive or unwanted manner.”

Judge went on to say that he has “never spiked punch to get anyone drunk or disoriented.”

“Nor have I witnessed Brett Kavanaugh spike punch,” Judge wrote. “I have never engaged in any gang rape of any woman, including Ms. Swetnick.”

Judge said he would “cooperate with any law enforcement agency that is assigned to confidentially investigate these allegations,” and signed the statement “under penalty of felony.”

The FBI will request interviews with Christine Blasey Ford, Mark Judge, Pete “P.J.” Smyth, Brett Kavanaugh, Leland Keyser, Julie Swetnick, Deborah Ramirez, and anyone else that surfaces during those interviews. The Bureau won’t be able to go to the scene of the alleged crime because Ford can’t remember where it happened or when it happened.

There is zero chance that the investigation will conclude anything. It won’t tell anyone whether Ford is lying or if Kavanaugh really assaulted her. The investigation will gather a set of FD-302 forms summarizing the information gleaned from the interviews. Those forms are often used to set perjury traps resulting in the charge of “lying to the FBI” if a subject ever makes a statement not perfectly in-line with the contents of the 302. It could set up any of the accusers or Judge Kavanaugh for a federal charge should they lie during the interviews.

Any or all of the subjects could refuse to be interviewed – it is impossible to compel people to participate in a background check probe. For accusers with the more outlandish claims, this will likely be their course of action in order to avoid a perjury charge. Ford, Judge, Keyser and Kavanaugh are likely to submit to interviews and give statements. Those 302’s will be crawled over by Democrats looking to set Kavanaugh up for perjury and by Republicans looking to do the same to his accusers.

This will be a motherlode for news organizations to whom, undoubtedly, the 302’s will be leaked to by whichever political party sees them as helping their viewpoint.

The investigation comes after Republican Senator Jeff Flake said he would only vote to confirm Kavanaugh if the FBI looked into Ford’s allegations.

Unless Kavanaugh lies to investigators, which is highly unlikely, the ultimate outcome of this investigation will be a one-week delay in Judge Kavanaugh’s Senate confirmation hearing – until Democrats surface another woman he allegedly did something to in high school. 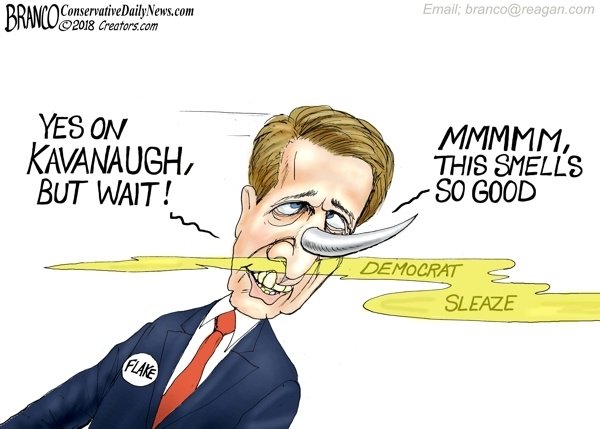