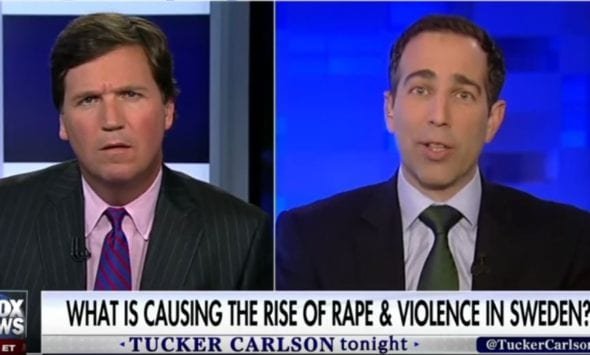 Voters in Sweden will hit the polls Sunday to elect a new Parliament, and following a similar trend present in other European countries, immigration is driving the political agenda and is the force behind the rising popularity of the right-leaning Sweden Democrats (SD) party.

While nationalistic governments have been making waves in the political sphere as anti-immigrant sentiment rises in governments such as Italy, Hungary and even Australia, it’s notable that these views are taking hold in such a progressive government as Sweden’s.

SD’s popularity has been climbing over the years, but recent polls show the party is in first or second place ahead of Sunday’s elections, according to The Wall Street Journal.

The SD party entered the country’s Parliament in 2010 and holds 42 of the 349 seats in Parliament, but its emphasis on immigration policy struck a chord with voters this time around.

Sweden has taken in more immigrants in recent years than most other countries in the world, multiple reports found, and the nation is feeling the effects.

Of the 10 million people living in Sweden, over one-fifth of them have foreign roots.

The rising SD party is against the mixing of cultures, and its manifesto states that members “want to stop receiving asylum seekers in Sweden and instead go for real aid for refugees,” and “to enable more immigrants to return to their native countries” according to BBC.

Jimmie Akesson, the leader of the party, claims the SD has risen in the polls due to its stance on crime in Sweden.

Police in Sweden reported more than 320 shootings, dozens of bombings and 7,226 rapes in 2017, which is high among Western European countries, according to the WSJ.

A report by Swedish public broadcaster SVT revealed in August that 58 percent of all rapes or attempted rapes are from foreigners, a statistic Akesson also contributes to the rise of his party.

“Our questioning of mass migration and how to push back against crime — everybody is talking about that now. That’s of course in our favor,” Akesson says.

When President Donald Trump announced in 2017 that Sweden was facing an immigration problem, his comments were met with condemnation by leaders worldwide.

However, as the WSJ report notes, many politicians and commentators in Sweden, including immigrant families themselves, are making similar declarations.

“Sweden has become dangerous since I came here 27 years ago. It will be a disaster if they accept more people from the Middle East like myself,” Gamal El Fahl, an Egyptian refugee, told the WSJ.

“They are importing their values, their fanaticism,” he added.

Christian Glasnovic, another immigrant living in Sweden, runs a youth center in Rosengard, a district in the city Malmo that has already seen 10 murders in 2018.

“Kids here talk about going to each other’s funerals,” he said. “Integration has failed, we are segregated. We need to reconnect the state with the people before it’s too late.”

Mats Svensson, a police inspector in Sweden, said kids are becoming used to such violence and are even being used to transport murder weapons. He also claims almost all crime suspects, as well as crime victims, are of foreign origin.

“We can’t go on like this. We need to stop mass immigration and take care of these neighborhoods before racism starts to spread together with crime,” Svensson told TheWSJ.

As of Thursday, a European polling site has the Swedish Social Democratic Party in first, followed in order by the Sweden Democrats, the Moderate Party, the Left Party, the Center Party and the Christian Democrats.

Support Conservative Daily News with a small donation via Paypal or credit card that will go towards supporting the news and commentary you've come to appreciate.
Tags
Immigration Sweden