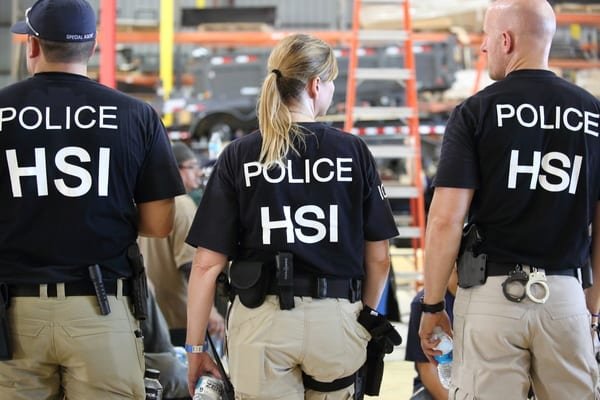 Most of the aliens targeted by ERO deportation officers during this operation, which spanned Michigan and Ohio, had prior criminal histories that included convictions for the following crimes: domestic violence, DUI, assault, theft, reckless operation of a motor vehicle, driving while under the influence of drugs, criminal sexual conduct 2nd degree, illegal entry to the U.S., operating a motor vehicle without securities, sale or transportation of a controlled substance-cocaine, breaking and entering, fleeing police officer 3rd degree, probation violation, child abuse, false information to police officer, disorderly conduct, possession of cocaine, arson, retail fraud, hit and run, bringing and harboring aliens, attempted criminal sexual conduct, forgery, flee and elude, unlawful flight from law enforcement vehicle, petty theft, possession of marijuana, unlawful use of a weapon in a vehicle, trespassing, burglary of a habitation, assault causing bodily injury, illegal re-entry after deportation, and criminal endangering, among others.

Among those arrested during the operation are:

The arrestees who are not being federally prosecuted will be processed administratively for removal from the United States.

Ten of the individuals arrested during the enforcement action have been accepted for federal prosecution for re-entry after deportation, a felony punishable by up to 20 years in prison. Those who have outstanding orders of removal, or who returned to the United States illegally after being deported, are subject to immediate removal from the country. The remaining individuals are in ICE custody awaiting a hearing before an immigration judge, or pending travel arrangements for removal in the near future.

Support Conservative Daily News with a small donation via Paypal or credit card that will go towards supporting the news and commentary you've come to appreciate.
Tags
Illegal Aliens Illegal immigration U.S. Immigration and Customs Enforcement