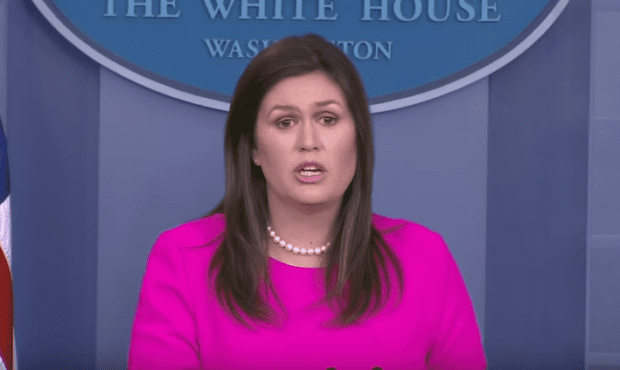 White House Press Secretary Sarah Huckabee Sanders shocked the media by informing them that the president was considering revoking the security clearances for several former officials.

Senator Rand Paul today made a strong attempt to vitiate the credibility of former CIA Director John Brennan, saying that he’s — and I quote — ‘monetizing his security clearance’ and that it should be removed from him. He even called on the President to do this. Will the President consider Senator Paul’s suggestion and call for the removal of former Director Brennan’s security clearance?

Sanders replied that “Not only is the President looking to take away Brennan’s security clearance, he’s also looking into the clearances of Comey, Clapper, Hayden, Rice, and McCabe.”

Brennan joined MSNBC in February as a senior national security and intelligence analyst. He has also been a constant, albeit dishonest, critic of the president and it appears as though Trump believes Brennan is using his status to make his lies credible.

“Making baseless accusations of improper contact with Russia or being influenced by Russia against the President is extremely inappropriate,” Sanders explained. “And the fact that people with security clearances are making these baseless charges provides inappropriate legitimacy to accusations with zero evidence.”

It is unclear as to whether being paid as an expert on intelligence is enough to cause Brennan and the others to lose their security clearances, but if any of those former officials have leaked classified information to the press, revocation is the least of their troubles.